Most violent confrontations are sudden, dynamic and unpredictable. After all, if you knew there was going to be a fight, you would apply our number one tactic, which is avoid and escape. There are times, however, when this isn’t an option, and an immediate defensive response is required. The fundamentals of responding to a threat or attack are move, communicate, use cover, shoot, if necessary, and think.

The problem with these fundamentals is that none of them are natural; almost everything you need to do in response to a threat goes completely against our natural instincts. Our natural response to a threat is to freeze until we figure out what’s going on. Once we decide to fight, our instinct is to root to the ground. What we need to do is move. Communication consumes a large part of our brain’s resources. Under stress it’s extremely difficult, and it requires practice to overcome the lockjaw you’ll experience. The same thing is true when using cover. Almost everything you must do to take advantage of the protection cover offers goes against our natural inclinations. Shooting isn’t instinctual to begin with, and it’s even more difficult under stressful conditions. We aren’t built to have explosions going off in our hands, even the controlled explosion of shooting a firearm. Finally, thinking is mandatory. Defending against a violent attacker is a mental process – problem solving at high speed. If you’re not thinking and acting, then all you’re doing is reacting, which is a bad place to be when someone is trying to harm you or your family.–

There are a lot of reasons to move. Creating distance from the threat (or threats) greatly reduces the chance of being injured, regardless of the type weapon being used against you. There are bystanders in the environment, so you’re moving in order to get a clear angle of attack on the threat, reducing the possibility of injuring someone if you have errant rounds. You move to get to cover and the protection it provides. You move to the exit, toward your family or to get to better cover.

A moving target – you – is more difficult for the threat to engage. Moving is one of the best ways to put the threat into a reactive mode. The threat charges at you. You move a few steps to the side. Now he has to react to your actions, assessing, creating a response, and redirecting the attack.

Communication is a key tactical skill that’s often overlooked during training and practice. You communicate with threats. “Leave my home now!” “Stop, drop the weapon!” Millions of times every year, strong verbal commands accompanied by a firearm defuse violent confrontations, and this is only the number of times that this is documented. You communicate with friends and family, telling them what you need them to do or where to go. Communication is mandatory when working with an armed partner in order to coordinate your tactics and actions. As discussed previously, sometimes it’s good idea to talk to yourself, verbalizing your actions in order to help maintain mental focus.

Communication is an exchange of information. I talk to my dog, but I communicate with my wife. Keep your communications short and sweet. Under stress, simple works best. Using names, in order to get someone’s attention, makes communicating more efficient. The act of communicating consumes a large part of our brain’s resources, or “random access memory.” In order to communicate effectively under stress, you need to practice it in advance.

Get to cover as quickly as possible, preferably as soon as you spot potential trouble, before the confrontation gets physical. Cover provides protection against the threat’s weapon. Cover is relative to what type weapon the threat is armed with. If they are trying to physically assault you, or they are armed with a knife or impact weapon (which means they have to be close in order to attack) something like a large table provides cover, as long as you can position it between you and the threat. When it comes to protection against firearms, everything is relative to what type weapon the threat is using. Cover stops or redirects incoming rounds. Something that protects you from a handgun round may not hold up against a high-velocity rifle round.

There are two ways to stop a threat – the psychological stop and the physical stop. Moving, issuing verbal commands and using cover may force the attacker to change his mind about what he was going to do – the psychological stop. The other way is to physically stop the threat by shooting, placing accurate hits on the threat and inflicting the physical damage necessary to stop the attacker.

When it’s necessary to shoot, you have to apply the fundamentals of marksmanship – aim, hold, press, and follow through – in order to get accurate hits. The speed at which you can shoot depends on the accuracy you need. With a large, close target you can fire fairly quickly, putting the hits where they need to go. As the distance increases and/or the size of the target decreases you need more precision, ensuring that when you do press the trigger you get accurate hits.

Defeating a lethal threat is problem-solving at high speed. You have to constantly be thinking, forcing threats to react to you. Normally you have a very short amount of time to come up with a solution to the problem and then implement the action. Once you gain the upper hand, you keep pressing the advantage, which means thinking about what you’re going to do next and what you’ll do if that doesn’t work; and mentally plugged in and ready for the unexpected, which occurs in fights with regularity.

Self-defense is more art than science. Your “artwork” will be different from that of everyone else. Train, practice, learn, and remember that your ultimate weapon is your mind. If you’re not thinking and acting, then all you’re doing is reacting, which means the threat is in control. The only thing you can control in a fight is what you do, so make sure to practice so that you can apply your skills efficiently, safely and under all types of conditions.

This article is an excerpt from AR-15 Skills & Drills, now available at GunDigestStore.com. 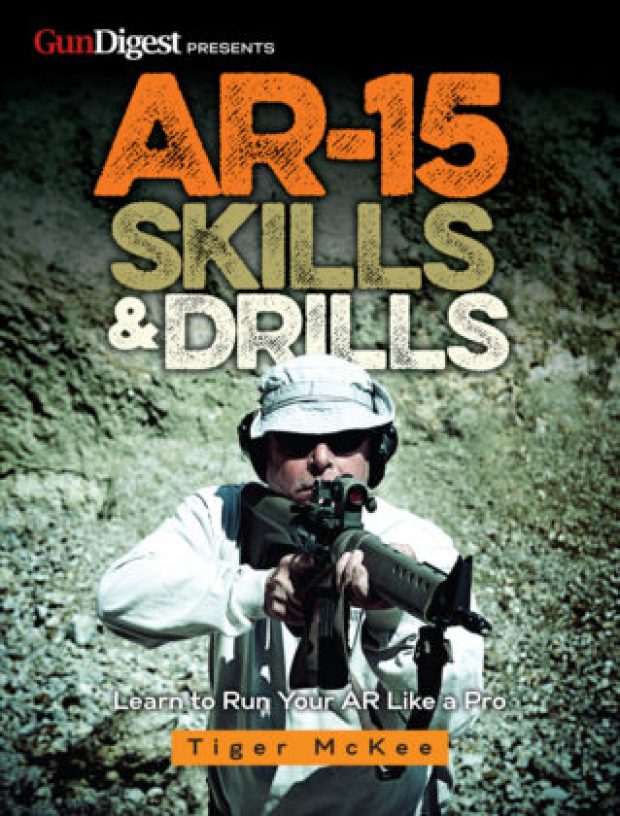