The president was asked about the North Korean dictator’s mental health as he held a press conference with the prime minister of Italy Paolo Gentiloni at the White House Thursday. 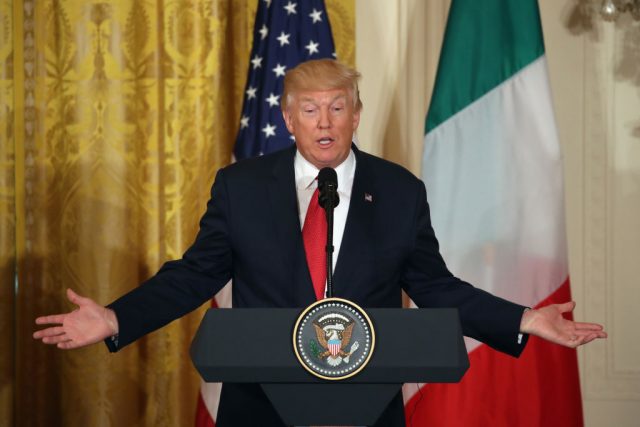 “As far as North Korea, we are in very good shape,” Trump said. “We are building our military rapidly. We have been doing a lot of work. We are going to see what happens. I can’t answer your question on stability. I hope it’s a positive one, not a negative one.”

Trump said that when he met with Chinese President Xi Jinping he told him he would “make a much better deal on trade” if he dealt with “the menace” of North Korea.

Trump says he told the Chinese President they would do “better on trade” without the “menace” of North Korea https://t.co/xsT9uyCGBF