“So many questions,” BuzzFeed senior reporter Mike Hayes said of the dinner. “First one: Why is Palin dressed like an asshole?” Hayes deleted the tweet after being criticized for it on Twitter, but it can still be seen in screenshot form. 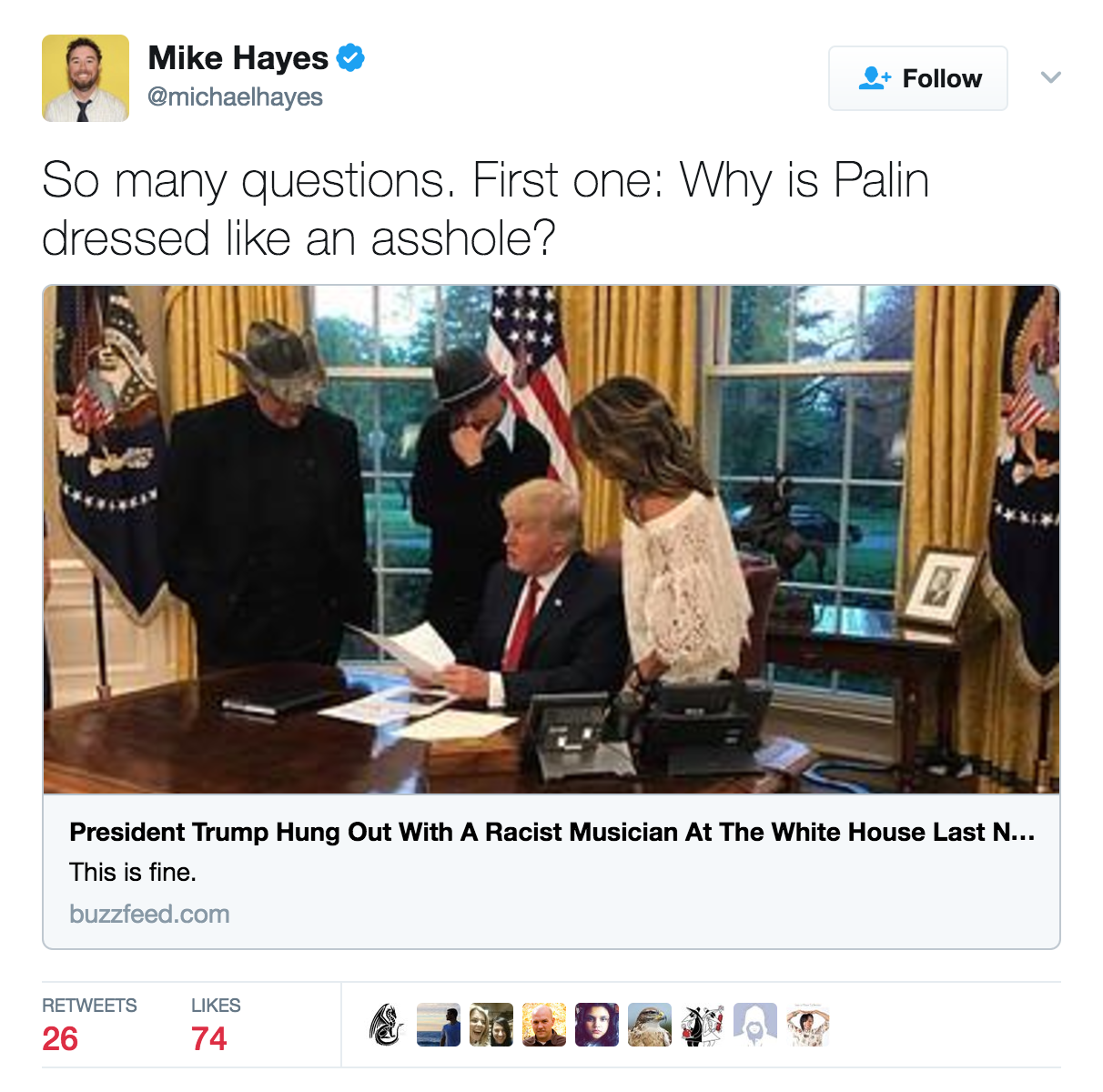 Hayes later offered an apology on Twitter. “Deleted a previous tweet of the photo of POTUS, Kid Rock, Palin and Nugent. Remarks were uncouth,” he wrote. “Apologies.”

BuzzFeed News editor-in-chief Ben Smith did not reply by press time to an inquiry from TheDC asking whether Hayes’ comment meets BuzzFeed’s newsroom standards of behavior and whether Smith believes the comment was sexist.