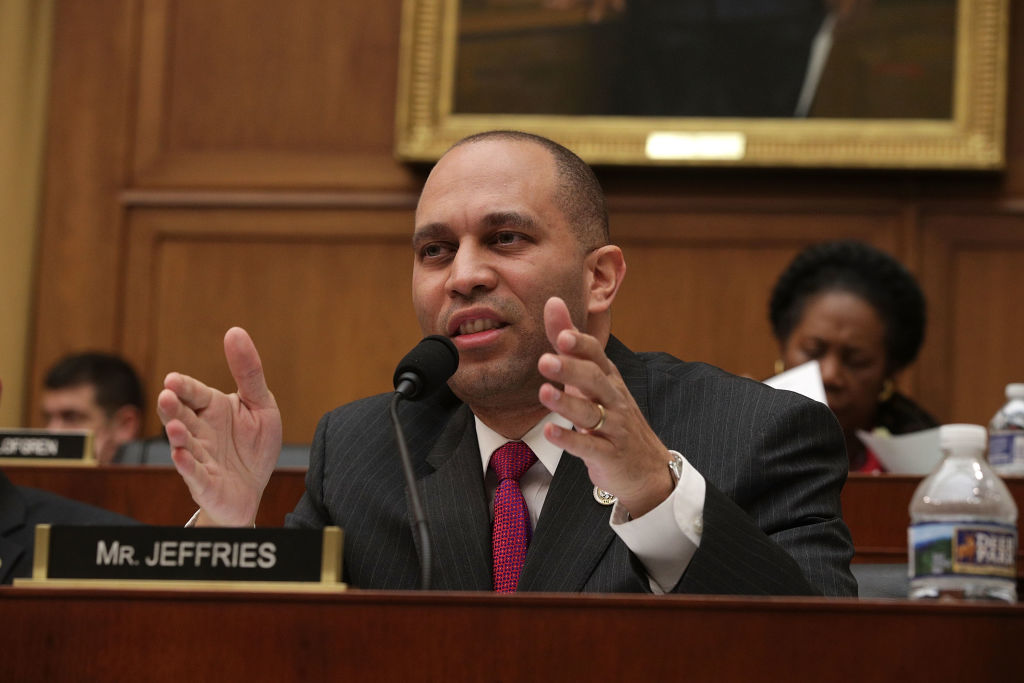 The New York Democrat opened his Thursday speech by noting that while, “Jim Crow might be dead, he’s got nieces and nephews that are alive and well.”

“A few of them are running around 1600 Pennsylvania Avenue,” he added, taking a direct shot at POTUS and the rest of his White House staff.

According to The Hill, Jeffries also criticized Attorney General Jeff Sessions for not being “progressive” like his predecessors.

Jeffries’ Capitol Hill office did not immediately respond to The Daily Caller’s request for comment.

1
Dr. Anthony Fauci Predicts How Many Will Die From Coronavirus In United States
US
2
Here's Why Californians Are Getting Reamed At The Gas Pump Despite Rock-Bottom Oil Prices
Energy
3
China Was Lauded As New 'Global Leader' For Distributing Medical Equipment To Fight Coronavirus, But Most Of That Equipment Is Reportedly Defective
World
4
Joe Biden Said To Believe Women Who Say They're Sexual Assault Victims. Now He's Denying A Woman's Sexual Assault Accusation
Politics
5
Mnuchin: Americans Will Receive Checks Within Three Weeks
US