Donald Trump said he thinks the deadly shooting in Paris will have a “big effect” on the country’s presidential election Sunday.

ISIS is claiming credit for an attack where a gunman opened fire on police officers on the Champs Elysees Thursday night, killing one and injuring two more. On Twitter, the president predicted it will affect the presidential election. 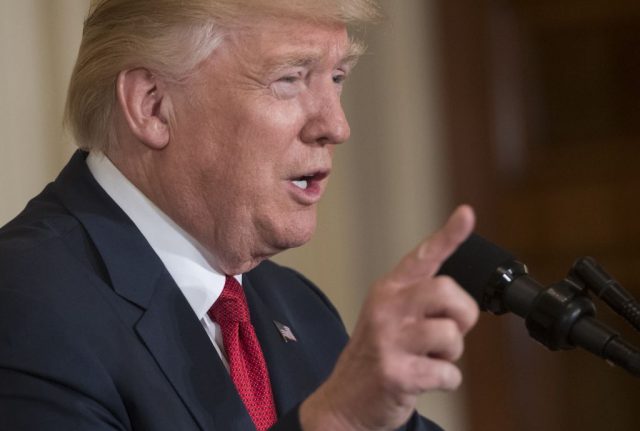 “The people of France will not take much more of this,” Trump tweeted Friday. “Will have a big effect on presidential election!”

Another terrorist attack in Paris. The people of France will not take much more of this. Will have a big effect on presidential election!

After the attack first happened, Trump guessed it was terrorism during a joint press conference with the prime minister of Italy Paolo Gentiloni.

“Well, first of all, our condolences from our country to the people of France,” Trump said. “Again, it’s happening, it seems. I just saw it as I was walking in, so that’s a terrible thing and it’s a very, very terrible thing that’s going on in the world today. But it looks like another terrorist attack. And what can you say — it just never ends.”

“We have to be strong and we have to be vigilant. And I’ve been saying it for a long time.” (RELATED: Trump Comments On Paris Shooting: ‘It Looks Like Another Terrorist Attack’)

One of the French candidates, Marine Le Pen, said “radical Islam” was to blame for the shooting and that it was a “monstrous, totalitarian ideology that has declared war on our nation, on reason, on civilization.”