PARIS — Security is ramped up across France as people hit the polls in a presidential election centered around how the country should combat terror.

Some 50,000 police and military personnel have been deployed across France during the run-up to Sunday’s election. Groups of armed police are seen patrolling the streets, walking through the metro trains and simply hanging out inside stores and restaurants in Paris. The situation is so tense, people are not even allowed to enter a McDonald’s restaurant on Champs-Elysees — the famous street where one officer lost his life in a terror attack Thursday — without having their bags searched for suspicious items.

“It’s been some tough years,” Paris resident Igor told The Daily Caller News Foundation. “There’s a lot of tension in society. You see it in the relation between communities, how the media talks about some communities in the country. There’s a lot of Islamophobia.” 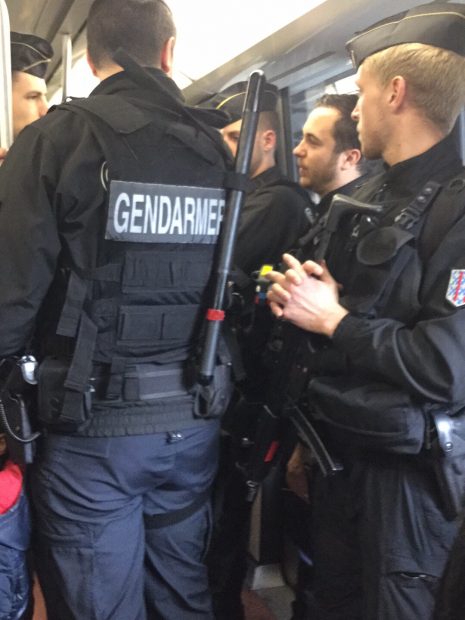 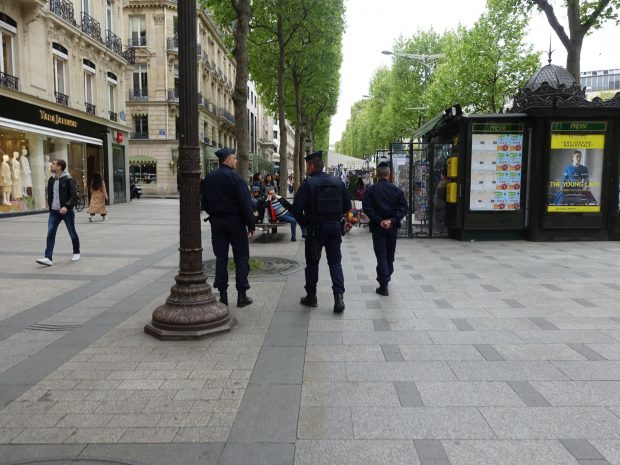 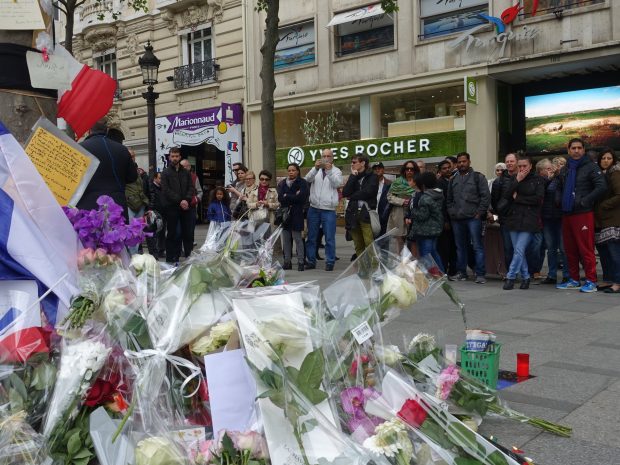 Parisians and tourists pay their respects at the scene of Thursday’s terror attack, which claimed the life of a police officer. (Jacob Bojesson/TheDCNF) 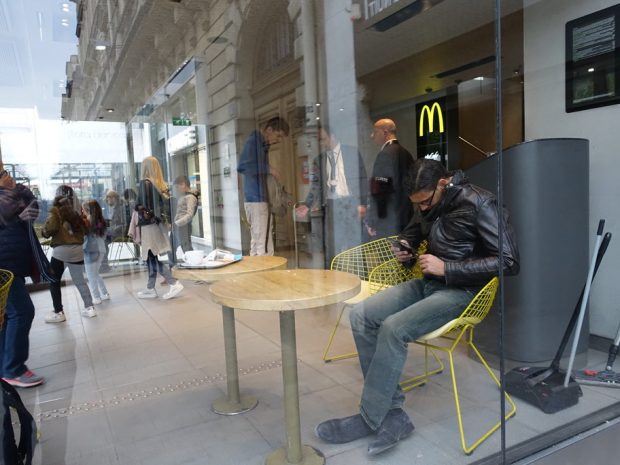 The massive police presence may have saved the city from yet another tragedy Saturday when a knife-wielding man caused panic at the Gare du Nord train station before getting arrested.

Police downplayed the situation, but a video shows several officers holding the suspect at gun point.

The final days of the campaign have almost entirely focused on the security situation around the country. Populist Marine Le Pen called for the expulsion of terror suspects and the immediate closure of France’s borders after Thursday’s attack.

“This war against us is ceaseless and merciless,” she said in an address Friday, lambasting the “monstrous totalitarian ideology” behind the attack.

Conservative Francois Fillon said he would bring an “iron fist” to the fight against “Islamist totalitarianism,” while centrist Emmanuel Macron accused his competitors of making false promises to the people.

“There’s no such thing as zero risk,” Macron said. “Anyone who pretends [otherwise] is both irresponsible and deceitful.”