“American Airlines flight attendant threatens to ‘Go United’ on me if I don’t get off my phone. He was kidding, I think.”

“Please fix your system @Uber. I’m tired of drivers canceling bc the app shows them 4mins away when they’ve actually been waiting.” — Jessica Flowers.

“Has anyone seen the cyclops pig? Holy-eee shit!” —Anonymous.

(Overhear anything funny or weird in your newsroom? Please write me: Betsy@DailyCaller.com)

“Are you guys ready to fucking spicer it up or what lets do this.” — Matt Negrin, The Daily Show.

It’ll be the first time he has spoken since he and Fox News parted ways over all his alleged sexual harassing. It’s be free until Sunday. Then you’ll pay. See here.

The Daily Beast‘s Senior Editor Andrew Kirell cracked, “Most of his viewers still can’t even figure out how to use a VCR.”

“You know who you are – it’s time to come in and go to treatment… Don’t dig any deeper – just come in. Call me, call your parents.” — Jonathan Franks, The Mirror‘s biggest fan.

Journo is skeptical about cups of yellow liquid

“If you’re going to stand at the bottom of a Metro escalator asking if I want a free sample from your tray of dixie cups filled with yellow liquid, you should probably wear a uniform.” — Natalie McGill, correspondent, Redacted Tonight.

Should this undocumented reporter appear on ‘Tucker Carlson Tonight?’

He wants to know what you think.

“On Monday, Tucker Carlson takes over Bill O’Reilly’s spot on Fox News. Tucker’s producer reached out earlier today, asking if I’d be willing to be among Tucker’s first guests to help “kick off the week.” I’ve appeared on Fox numerous times in recent years to “preach beyond the choir” and reach the Fox audience. But this feels different. Tucker is different. Timing is different. Now, I’m unsure what to do. Thoughts?” — Jose Antonio Vargas, formerly with HuffPost.

Daily Mail U.S. political editor has a public Q about his beard 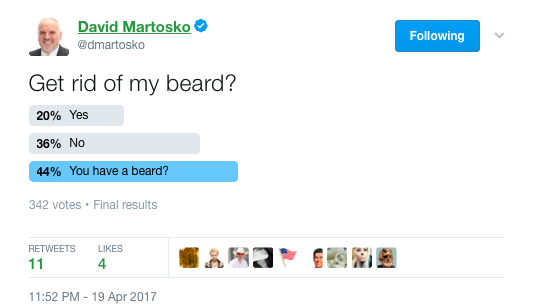 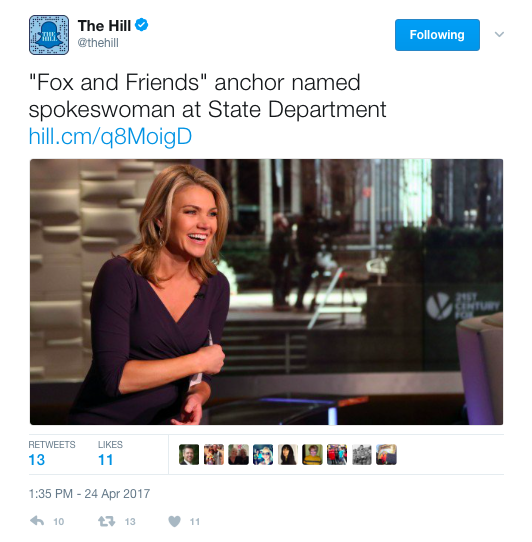 Noteworthy…CNN’s Jake Tapper will be the anchor at 9 p.m. this week in addition to his 4 p.m. slot.

In other news…Cute pictures of Tapper’s pooches 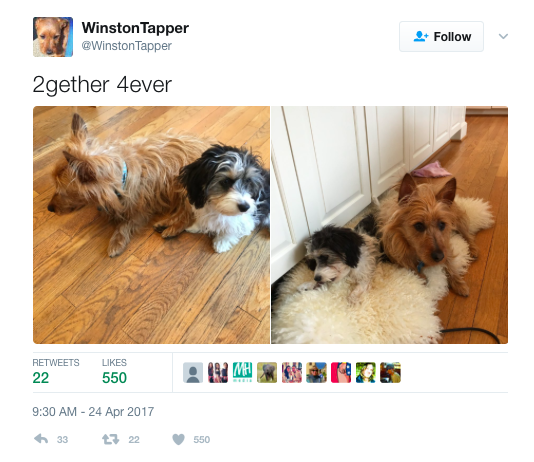