Donald Trump said he’s 10-0 on predicting when attacks are terrorism.

After a shooting in Paris last week left one police officer dead and two more wounded, the president remarked that it looked “like another terrorist attack.” ISIS quickly claimed responsibility for the attack and French prosecutors opened a terrorism investigation. (RELATED: Trump Comments On Paris Shooting: ‘It Looks Like Another Terrorist Attack’) 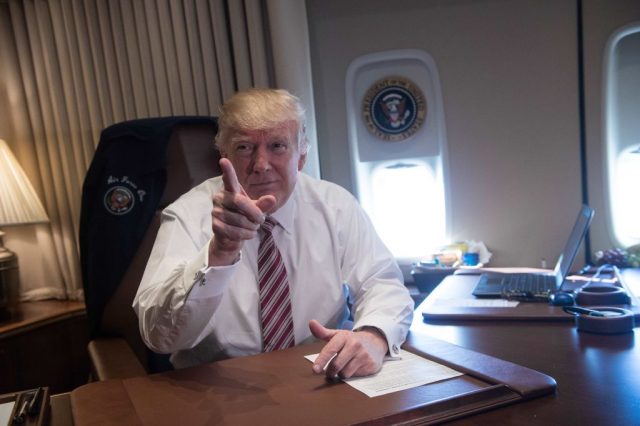 In an interview with the Associated Press the following day, Trump said he’s usually right about those situations.

“I get treated so badly. Yesterday, about the thing, you know when I said it’s a terrorism … it may be. I said it may be a terrorist attack and MSNBC, I heard, went crazy, ‘He called it a terrorist attack.’ They thought it was a bank robbery. By the way, I’m 10-0 for that. I’ve called every one of them.”

“Every time they said I called it way too early and then it turns out I’m … Whatever. Whatever. In the meantime, I’m here and they’re not.” (RELATED: Trump Predicts Deadly Paris Shooting Will Have ‘Big Effect’ On French Election)