Emmanuel Macron, the leading candidate to be France’s next president, married a high school drama teacher with whom he had a torrid, sex-filled affaire d’amour as a teenager.

Macron’s wife, the drama teacher, is Brigitte Trogneux. She is 24 years older than he is.

It’s not clear exactly when Macron and Trogneux had their first sex romps. He was roughly 16 at the time and she was pushing 40. She was married. She had three children with her first husband.

“Nobody will ever know at what moment our story became a love story,” Trogneux has said, according to Reuters.

Macron is currently 39 — about the age Trogneux was when the lovebirds began having sex. 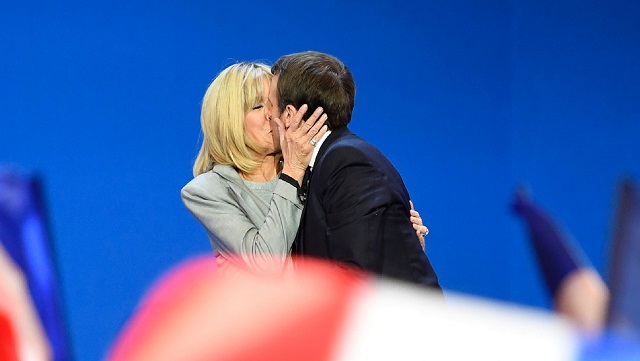 Macron and Trogneux met when Macron was 15 years old. It was the early 1990s. Trogneux was Macron’s drama teacher at a Jesuit high school in Amiens, a provincial city in northern France.

The home-wrecking romance took time to blossom. Macron kept hitting on Trogneux but she initially declined his advances.

Eventually, Macron moved to Paris to finish high school. Trogneux decided the right thing to do would be to leave her husband — and her three children — and move to Paris with Macron.

Trogneux and Macron got married in 2007.

Macron’s parents did not complain to local authorities about the affair between their teenage son and Trogneux but they did try to stop it.

“We couldn’t believe it,” Macron’s mother told Journalist Anne Fulda, according to Reuters. “What is clear is that when Emmanuel met Brigitte, we couldn’t just say: ‘That’s great!'”

Macron has defended his relationship with Trogneux.

“Nobody would call it unusual if the age difference was reversed,” he said, according to Reuters. “People find it difficult to accept something that is sincere and unique.” 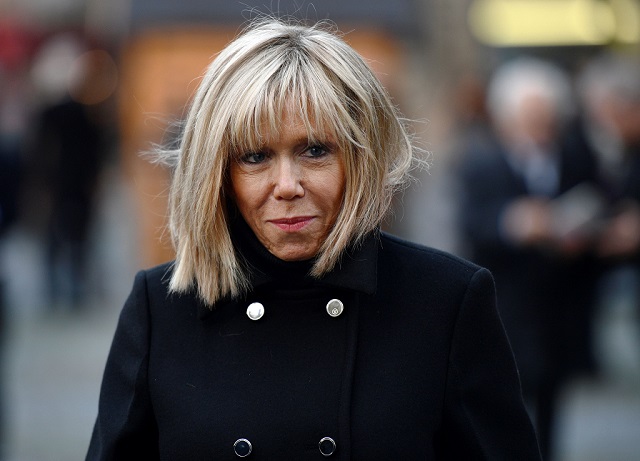 Letourneau is the legendary former Seattle-area elementary school teacher who molested her student, Fualaau, then 12 years old, in the 1990s. She had a couple of kids with him, spent about six years in jail, then married Fualaau in 2005 — in a ceremony at a winery covered exclusively by the television show Entertainment Tonight. (RELATED: Trump Foreign Policy Guru’s Sister Is Teacher Mary Kay Letourneau, Who Slept With A 12-Year-Old)

Like Macron and Trogneux, Letourneau and Fualaau are still married.

Fualaau, now 33, is a deejay who has, among other things, played music for “Hot for Teacher Night” promotions at a Seattle night club. He has not run for political office. He will be eligible to run for president in the United States in just two short years.

Macron, who has served as France’s minister of economy and finance but has never held an elected office, won the largest number of votes among nearly a dozen candidates on April 23. He won 24 percent of the vote (some 8.65 million votes).

The second round of French elections, pitting Macron against Le Pen, will occur on May 7.