NASA released a new image of its $8.8 billion James Webb Space Telescope (JWST) that is currently being assembled in Greenbelt, Md.

JWST is scheduled to launch October 2018. NASA will park the telescope about 1 million miles from Earth to look at stars up to 13.5 billion years old. It will be the most powerful telescope ever built. 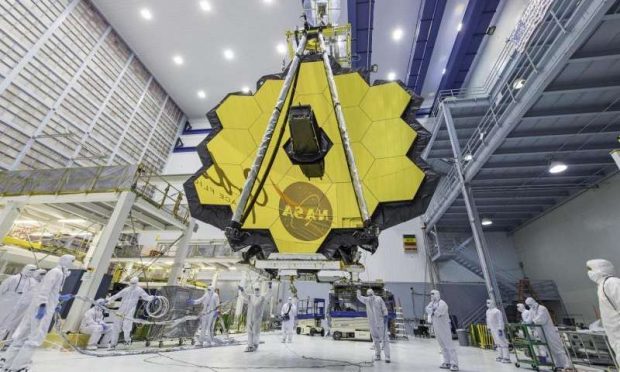 JWST will replace the Hubble Space Telescope. It is small compared to larger ground-based telescopes, but its infrared capabilities and position will allow it to look deep into space to find potentially habitable planets.

The Government Accountability Office estimated the JWST will take $8.8 billion to build as cost overruns and delays have plagued the project. The program is $7.2 billion over its initial budget and seven years behind schedule.