You know, all Zen and radiating as much positivity and “good vibes” as you can muster.

Here are the basics for those who’ve missed them: Journalistic firebrand Tomi Lahren went to work for The Blaze in 2015. She hosted a TV show on BlazeTV that gained her a fair amount of notoriety and a steady following.

In mid-March, she went on ABC’s The View and said she is pro-choice because she refuses to be a conservative hypocrite.

The ladies ate it up. But Glenn Beck? He wasn’t so thrilled.

Shortly thereafter, The Blaze put a freeze on Lahren’s show and suspended her. Soon she was out of a job, but she still had that pesky contract to contend with. So she sued. And Beck and The Blaze have countersued.

Then last week, The Daily Caller‘s Associate Editor Peter Hasson wrote an insidery story on how Lahren’s job at The Blaze came unglued and what his sources said she was like to work with — in short, they said, she was a high drama, warm butt-pad using, diva.

This was after a judge ordered both sides to play nice and not disparage each other.

So now Lahren’s lawyer, Brian Lauten, is on a witch hunt to find out who The Daily Caller‘s sources are at The Blaze even though, according to Hassan, they may not even still work there.

If he can prove that they still work The Blaze, he wants their asses thrown in jail. 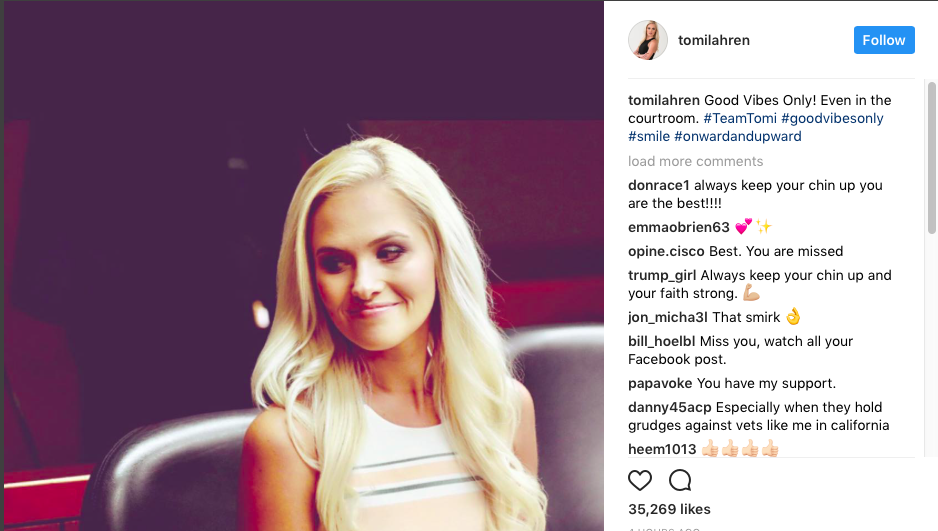