Donald Trump signaled that he is willing to delay funding for the border wall in order to pass a spending bill and avoid a government shutdown at the end of the week.

The president said he was open to delaying funding for construction of the wall until September in a meeting with a group of reporters at the White House Monday evening. 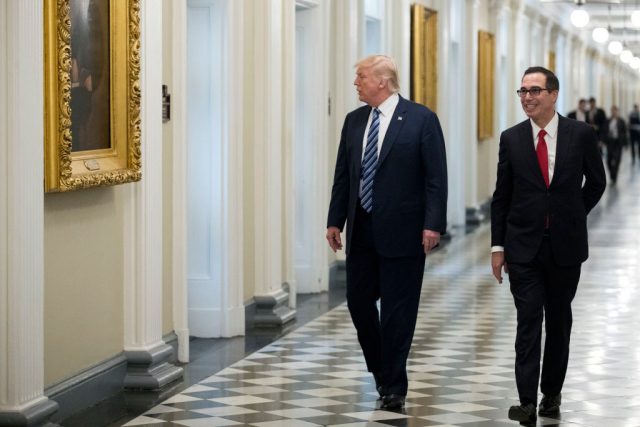 Trump said this does’t mean he has changed his mind on building the wall.

“Don’t let the fake media tell you that I have changed my position on the WALL,” he tweeted Tuesday. “It will get built and help stop drugs, human trafficking etc.”

Don’t let the fake media tell you that I have changed my position on the WALL. It will get built and help stop drugs, human trafficking etc.

The House and Senate have been negotiating for weeks on a bill that would keep the government open past April 28, when most agencies run out of funding. The potential shutdown — which would happen on Donald Trump’s 100th day in office — will happen if they do not pass a spending package that will cover the last five months of the fiscal year. The administration has remained confident that there will not be a shutdown.

Kellyanne Conway confirmed that the administration is willing to wait for funding for the wall in an interview on “Fox and Friends” Tuesday. (RELATED: The White House Is Preparing For A Potential Government Shutdown Next Week)

“Building that wall and having it funded remains an important priority to him, but we also know that that can happen later this year and into this year,” Conway said.

.@KellyannePolls: Building the wall remains a priority. Other resources will be used for border security until we can get funding. pic.twitter.com/TfTsMLZcsm