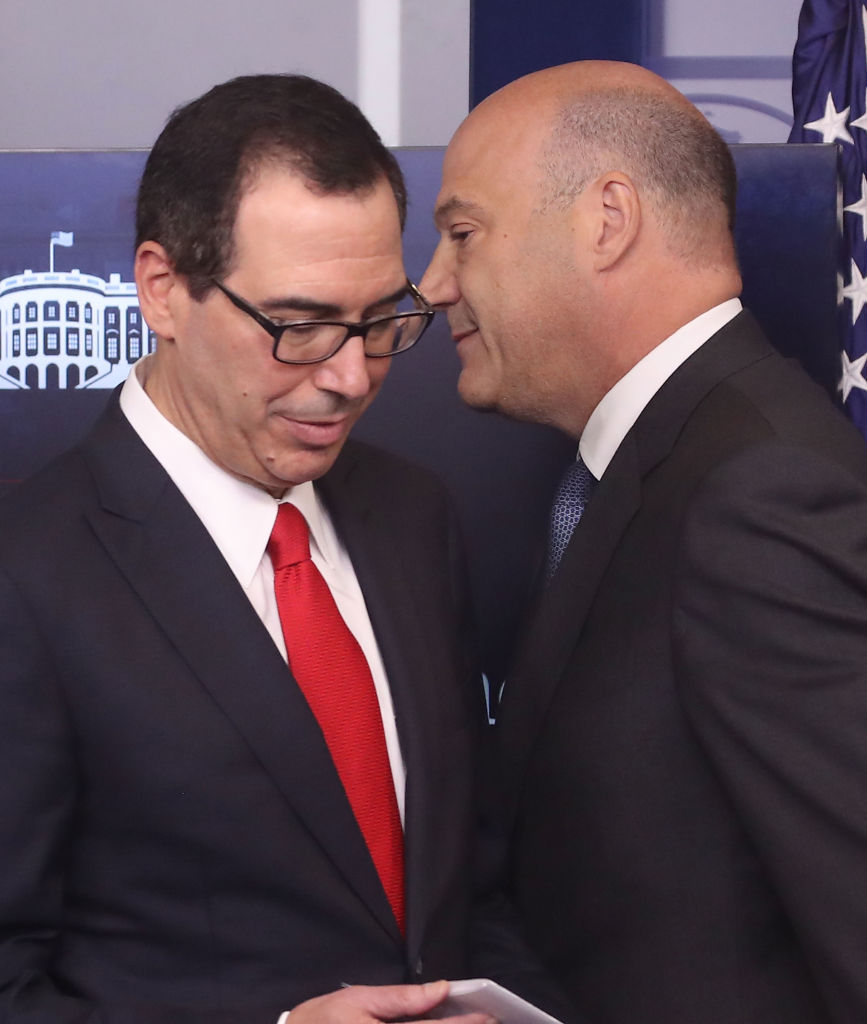 The tax reform plan reduces the number of tax brackets from seven to three — 10%, 25%, and 35% — and doubles deduction standard.

Gary Cohn: “We’re going to double the standard deduction so a married couple will not pay any taxes on the first $24,000 they earn”

… and naturally, folks had some things to say about that.

Americans should stop seeing the tax code as a method through which certain behaviors can be induced. It’d be a radical paradigm shift.

A Tax Plan Without A Plan

We know Trump will benefit greatly from this tax plan–we need to see his tax returns to know exactly how much. https://t.co/cbrbKCGABU

Well they really walked into the tax return questions, didn’t they?

VERY telling that they know what the tax breaks will be for rich folks but couldn’t answer what it would mean for the middle class.

man, april sure is a mixed bag of days. You’ve got garbage like april fools and tax day, but then Alien day and Rex Manning day.

Trump tax “reform” plan would hurt middle class families from New York State as it would prevent us from deducting state and local taxes.

@jimtankersley Who knew reforming the tax system of an $18 trillion economy could be so hard?

Reminder for all the talk about how the Trump tax plan affects families: half of Americans are single.

Tax cut for the richest. I don’t understand this. https://t.co/jKdtMC6f4A

I mean… even the tax plan that @realDonaldTrump released as a candidate was four pages! https://t.co/Ktlo4LKGro https://t.co/S99WChdtES

What did @POTUS give @FLOTUS for her birthday? A TAX CUT! https://t.co/JUBkHqh4yA

One thing that’s clear: Democrats will easily be able to say no to this tax plan. McConnell says they’re planning to go GOP-only route.

This is not a legitimate Tax plan. It wouldn’t even be a good Twitter thread. https://t.co/kw6AWSkgJV

I predict the tax plan will benefit rich people.

I accept Paypal donations for my predictions.

We failed to repeal and replace Obamacare so we’re going to try something a bit easier: overhauling the tax system.

To think, it was just two days ago The Daily Caller assured us that the voting public in the West didn’t care about tax code reform.

Mnuchin and Cohn, both ex Goldman Sachs bankers, are the public faces of the Trump tax cuts today. But apparently he’s a populist president. https://t.co/nw1B3VR2yh

@KevinMKruse There is no tax plan.

Relax! This tax plan was written by billionaires who got rich raping us in the housing crises so they’ve totes got our best interests at!

Weird Ivanka’s fundraising in Middle East, while in WH, for a her foundation when her dad’s tax cut means billions in savings for her family

to state the obvious, eliminating the estate tax would be a big windfall for Ivanka, Sonny, Fredo, and Barron (maybe also Tiffany)

That tax plan closely resembles my plan to run a marathon someday.