While America reels in shock that Donald Trump dared to call Elizabeth Warren “Pocahontas” (just because she lied about her race to further her legal career), new evidence has emerged that might make him think twice about messing with her again.

Sen. Elizabeth Warren (D., Mass.) joked last week that she hoped Republicans donated their bodies to science so she could “cut them open” when they died.

“I hope they leave their bodies to science. I would like to cut them open,” Warren said during an event in Chicago on Saturday. 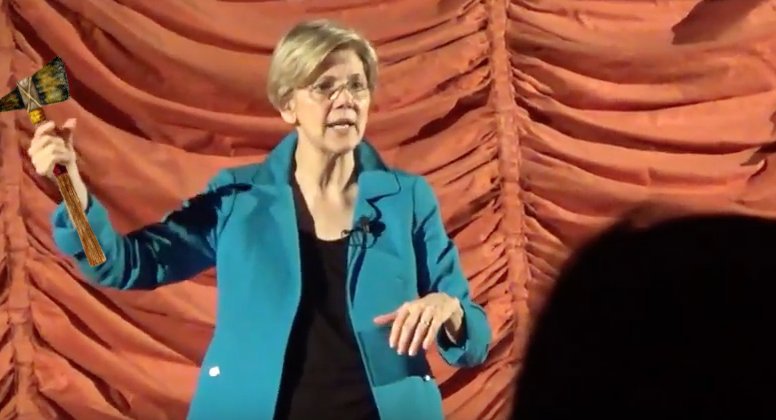 Just kidding! It’s perfectly normal to publicly fantasize about defiling the corpses of your political opponents. Or at least it is if you’re not a Republican, and people want you to run for president against the Republican. Nothing to see here, folks.