Donald Trump has been in office for 100 days now. Though he has touted his nomination of Judge Neil M. Gorsuch to the Supreme Court as one of his biggest accomplishments, the president has flip-flopped or not fulfilled several central promises he made to his supporters throughout the campaign.

He has given various reasons for his one-eighties. Repealing the Affordable Care Act? “Nobody knew health care could be so complicated.” China? “What am I going to do? Start a trade war with China?” NATO? “It’s no longer obsolete.”

As the clock ticked down to Trump’s first 100 days, he has increasingly looked less like the man he ran as. 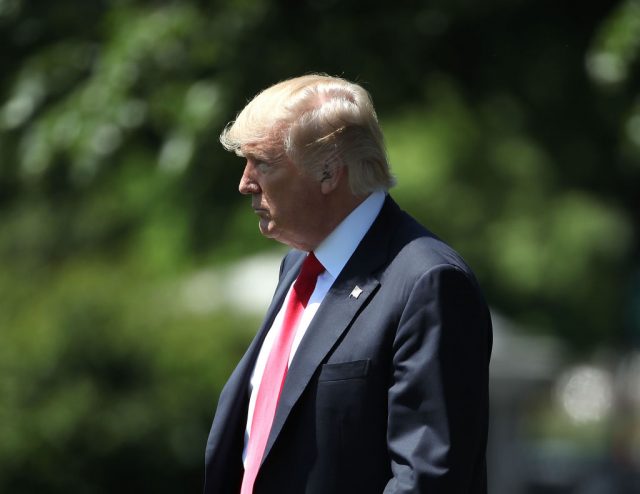 Repealing the Affordable Care Act and replacing it

Trump said he would do this in his first 100 days.

“I will work with Congress to introduce the following broader legislative measures and fight for their passage within the first 100 days of my administration,” he said during a speech in Pennsylvania last fall. “The Repeal and Replace Obamacare Act. Fully repeal Obamacare and replace it with health savings accounts. We can do that.”

House Republicans pulled their proposed bill to repeal and replace the Affordable Care Act in March, just minutes after they were scheduled to vote on it, when it become clear they didn’t have the votes to pass.

On the campaign trail, Trump promised to “immediately terminate” DACA, which protects hundreds of thousands of undocumented immigrants who came to the country as children from deportation, but he changed his tune in an interview with the Associated Press in April when he said the administration is “not after the dreamers.”

“We are after the criminals,” Trump said. “That is our policy.”

Trump pledged to kill the H-1B visa program with “no exceptions” because, he believes, it allows companies to import foreign workers and replace American workers for a lower cost. In mid-April, he signed an executive order seeking to enforce the H-1B visa program so it “serves the national interest” by awarding visas to the most-skilled and highest-paid applicants without bypassing American workers who are qualified for those jobs.

Trump reversed his position on the agency when he said he no longer wants to eliminate it, but reshape it.
He recently called it “a very good thing” and announced plans to nominate two board members.

“Actually, it’s a very good thing,” Trump told the Wall Street Journal. “And it actually makes money, it could make a lot of money.”

“It turns out that, first of all, lots of small companies are really helped, the vendor companies. When other countries give it we lose a tremendous amount of business.”

The relevance of NATO

“I said it was obsolete,” Trump said. “It is no longer obsolete.”

When asked if this could be seen as softening his stance on China, Trump credited his newfound relationship with Chinese President Xi Jinping and the looming nuclear weapons problem in North Korea.

“What am I going to do? Start a trade war with China in the middle of him working on a bigger problem, frankly, with North Korea? So, I’m dealing with China with great respect. I have great respect of him.”