After three Los Angeles Dodgers players belted consecutive home runs off of Philadelphia Phillies reliever Hector Neris in the ninth inning on Saturday night for a huge comeback win, at least one Phillies fan took out his frustration — almost immediately — by heading to Wikipedia to alter Neris’s brief entry. 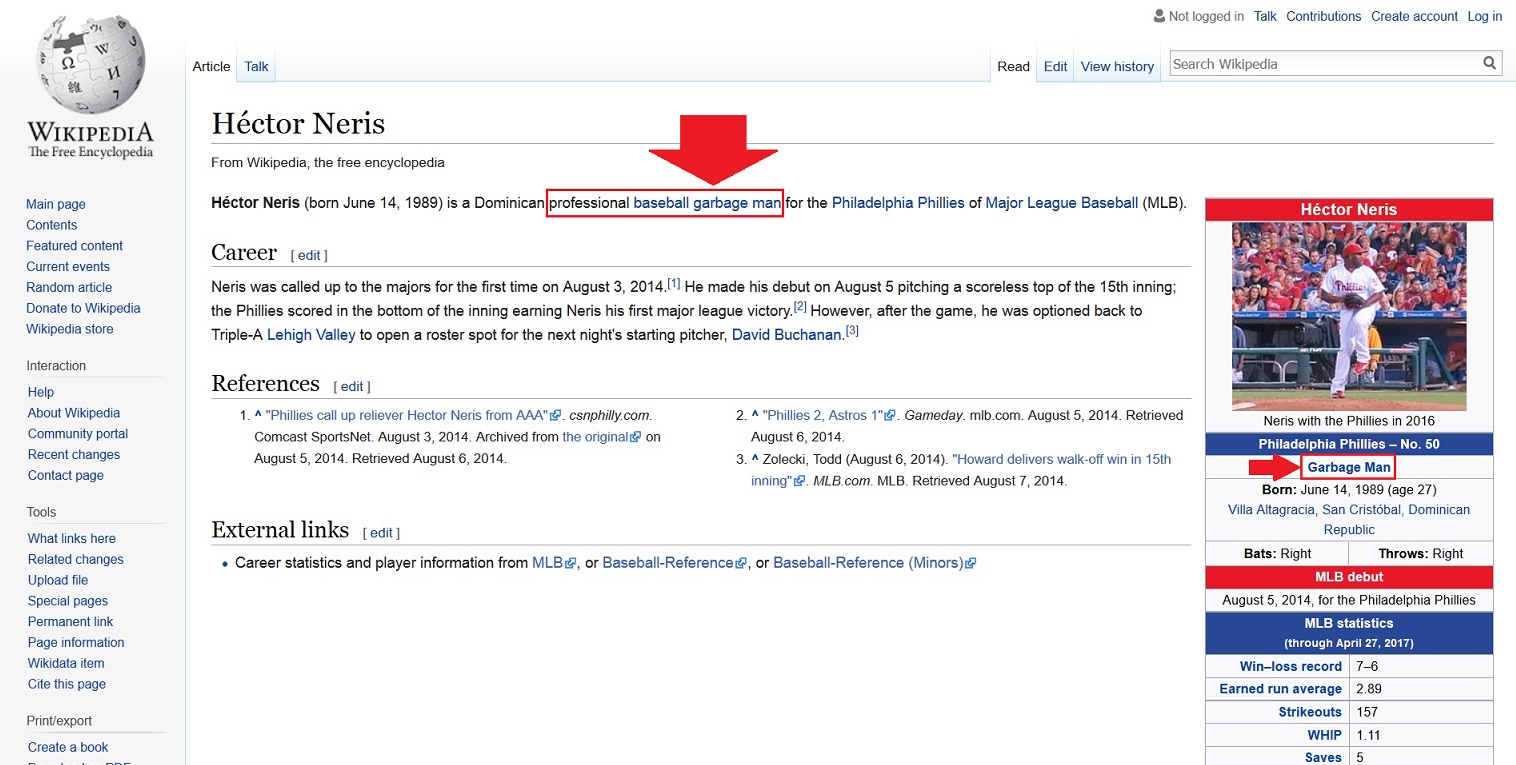 On the right side of the Wikipedia entry, Neris’s lot in life is listed as simply “garbage man.”

Yasiel Puig, Cody Bellinger and Justin Turner hit the home runs, which led to an entertaining 6-5 win for the Dodgers.

The Phillies were winning 5-2 before Neris blew the save.

Sports fans in Philadelphia have a reputation as some of the rowdiest and most poorly-behaved in all of sports. In 2015, Sports Illustrated deemed fans of the Philadelphia Eagles — the city’s NFL team — as the most hated fan base in the NFL.

Also, Sports Illustrated notes, in 1998 the Eagles established an actual jail within the confines of Veterans Stadium. The team also hired a judge to put disruptive fans in the jail — the perfectly-named Seamus McCaffery.

The Dodgers and the Phillies have something of a history of entertaining finishes. In 1990, the Phillies erased an 11-3 deficit in the ninth inning against the Dodgers.

“I’ve ever seen anything like this,” Dodgers manager Tommy Lasorda said at the time. “It was the first time in my managerial career that something like this has happened.”

In the 1990 game, the Phillies could have been motivated after Lasorda thought it would have been a good idea to user pitcher Fernando Valenzuela as a pinch hitter — and to take out most of his starters.

Of course, in 1988, the Dodgers recorded the best-ever comeback in baseball history when Kirk Gibson — hobbled, gimpy and hardly able even to jog — smashed a home run into right field to win the first game of the 1988 World Series.

Vin Scully had the play-by-play:

The Dodgers won the 1988 World Series in five games.