Former Vice President Joe Biden denied a report Sunday that he and his top aides are secretly preparing a plan of action in case the former vice president decides to run for president in 2020.

Since leaving office, Biden has spoken at multiple public events and gave a speech at a major New Hampshire Democratic Party fundraiser Sunday where he said, “Guys, I’m not running.” The crowd reportedly booed when Biden said this. 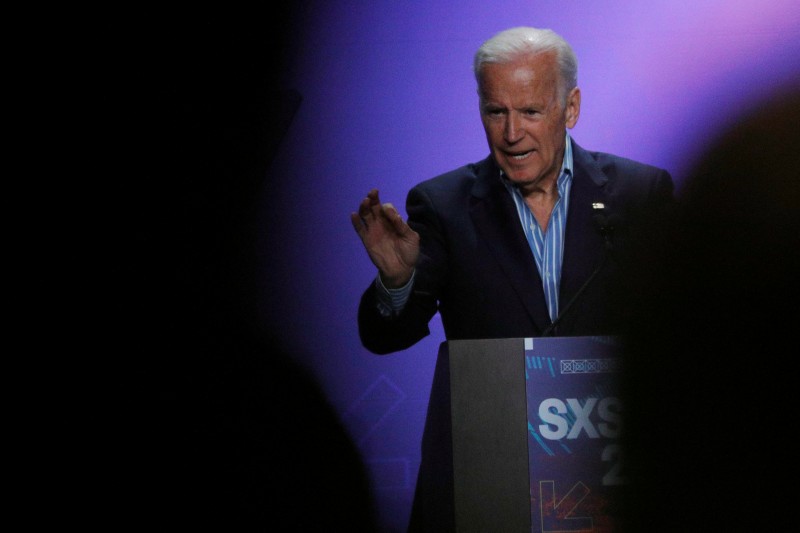 Politico reported that Biden and his aides have been privately preparing a plan for a 2020 run and Biden’s repeated public appearances since taking office have fueled rumors that he will seek the presidency. Democratic National Committeeman Bill Shaheen told WMUR9, “[Biden] has a lot of charisma. And if you’re healthy and you want to go, you go.”

The Politico report said that Biden has not denied to people in private conservations that he would run in 2020. It said Biden has continued to tell people, “I’m not planning on it, but I’m not going to tell anyone I’m not doing it.”

The former vice president, however, repeatedly denied that he wants to run at the Manchester, New Hampshire event, and added that he means this “sincerely.” “I’m ready to help raise money, recruit candidates, campaign–so is Barack– wherever you want, just let me know,” Biden said.

Biden flirted with a run in 2016 and recently said that he would’ve won the election had he ran.

The former vice president would be 78 years old when inaugurated if he were to win in 2020, making him the oldest person to serve in the Oval Office.