The parents of North Korean prisoner Otto Warmbier pleaded on Fox News Monday for the Trump administration to help free their son.

Wamerbier’s parents asked that Otto become part of possible negotiations, should the U.S. and North Korea broker agreements amid the rising nuclear tensions.

“We’re here to make sure that Otto is included in any dialogue or diplomacy with North Korea,” Otto’s father, Fred Warmbier, said on “Fox & Friends.”

The 22-year-old U.S. citizen Warmbier has served just over a year now of his 15-year sentence for allegedly trying to steal a North Korean propaganda poster.

Fred Warmbier said Monday, “Nothing Otto may or may not have done in North Korea rises to this level of punishment,” while the Korean government deemed Otto’s actions “a hostile act against the DPRK.”

Warmbier, a University of Virginia student, was in the country traveling, enjoying his 21st birthday and experiencing the country under close supervision by state-sponsored tour guides. Upon arriving at the airport for departure, Warmbier was detained by authorities and has been in custody ever since.

Fred and Cindy Warmbier worked with the Obama administration closely to secure Otto’s freedom, but were “urged to keep quiet.”

“They believe you don’t get involved that way,” Fred said. “Let the other side solve problems and make things happen.”

The parents are hopeful, though, adding that they believe President Trump is doing a “great job.”

Cindy Warmbier thanked the president directly, saying, “Thank you for putting attention on something that needs to be addressed.”

Until Warmbier’s release, Fred and Cindy Warmbier’s last image they have of their son is of a tearful apology interview coerced by the North Korean government. 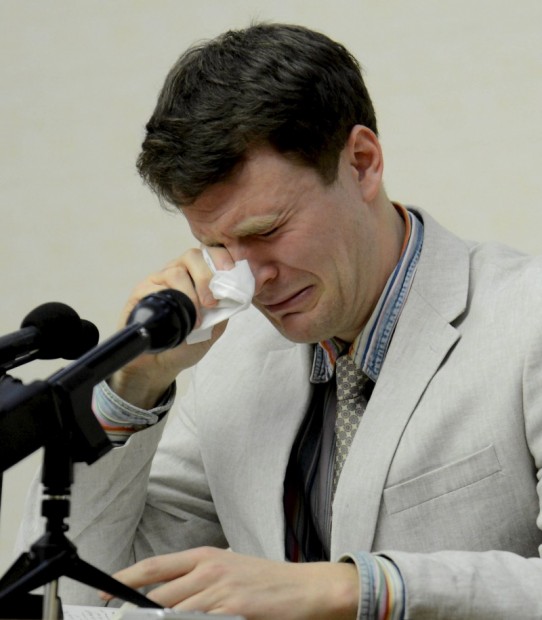