I don’t know if the AHCA is good, bad, or somewhere in-between. I do know that any excuse to bash Republicans is a good excuse, whether it’s true or not.

The following tweet from Alexandra Jaffe at Vice News sets up a delicious premise for any liberal in good standing: The Republicans are repealing Obamacare because they want everybody to die, and now they’re celebrating with some crappy Bud Light!

Cases upon cases of beer just rolled into the Capitol on a cart covered in a sheet. Spotted Bud Light peeking out from the sheet

But then, she followed up less than half an hour later:

Here are the beers. Asked if they were going to a GOP conference meeting & he said "no, different meeting," no further details pic.twitter.com/ugS8oW4kGj

Oh. Correction: Republicans are repealing Obamacare because they want everybody to die, and somebody else is drinking crappy Bud Light!

Too late, though. Now, the too-good-to-check story is all over the web. 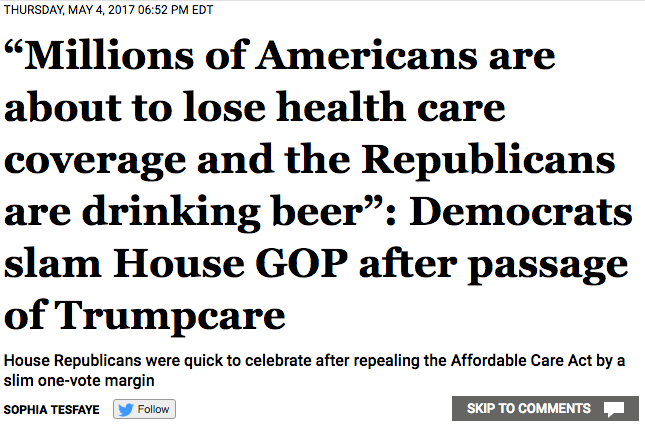 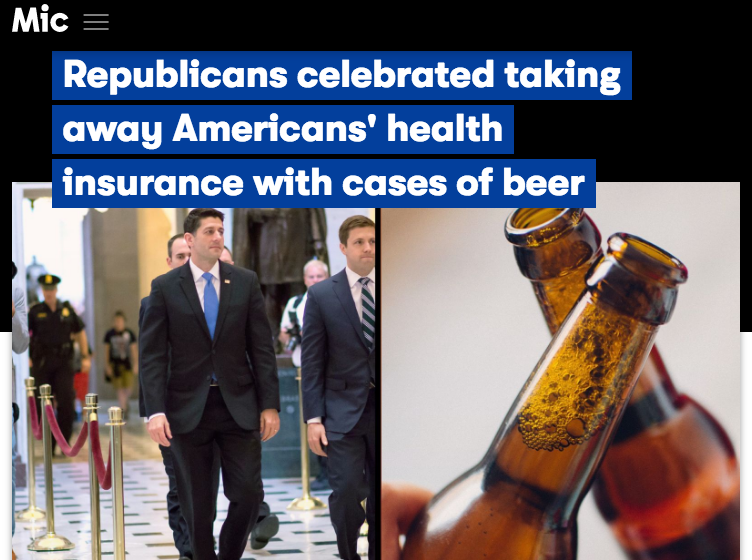 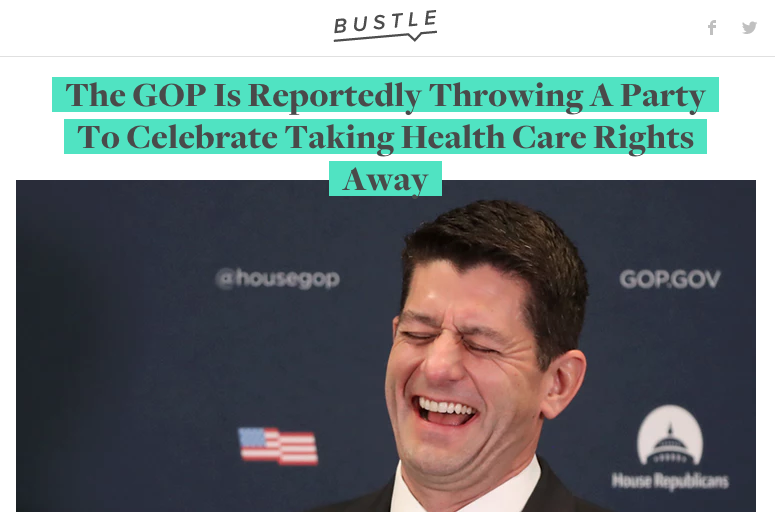 Even, for some reason, the AV Club: 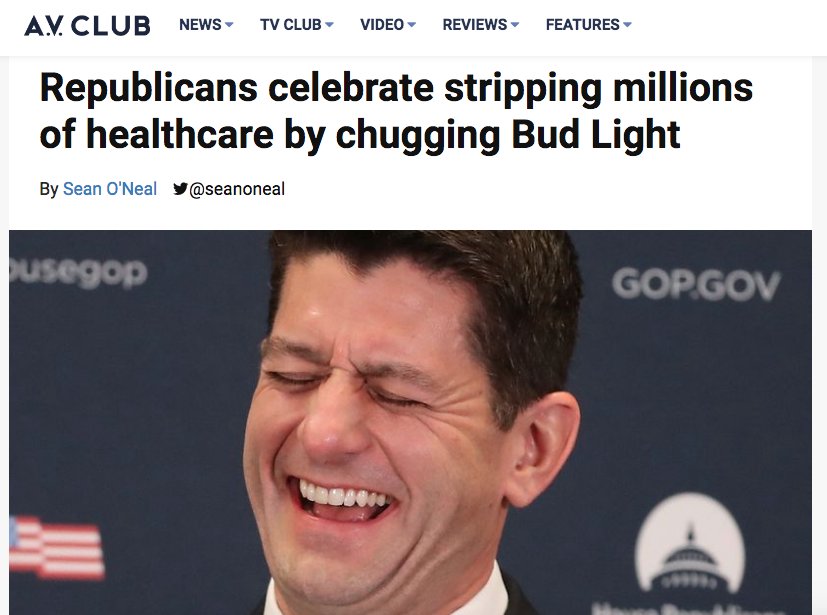 Now, I know how it is. Just earlier today, I fell for a story that ended up not being true. It seemed plausible, and I believed it because I wanted to believe it. But the minute I realized it wasn’t true, I posted a correction and an apology. I don’t like having to admit I was fooled, but I like spreading fake news even less.

I’m sure all of these people will do the same. Right?