Donald Trump will mark the National Day of Prayer by signing an executive order that scales back the restrictions placed on churches that prevent them from being politically active in order to maintain their tax-exempt status.

The order, which a senior administration official said makes it the policy of the administration to “protect and vigorously promote religious liberty,” focuses specifically on the Johnson Amendment, the federal tax law from 1945 that prevents tax-exempt groups, like churches, from endorsing or opposing political candidates. The president will sign the order in the Rose Garden Thursday as he hosts religious leaders at the White House. 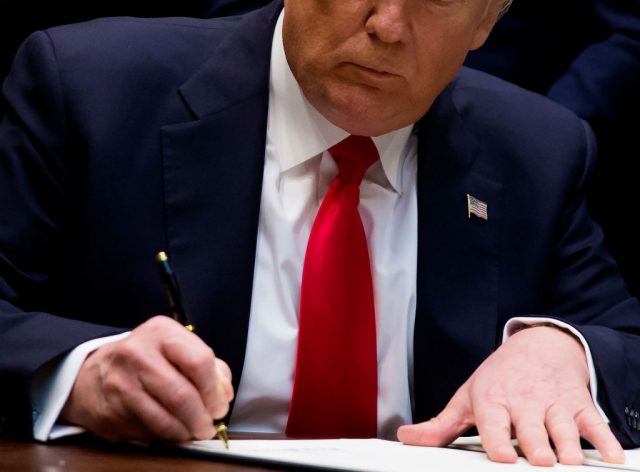 The order directs the Internal Revenue Service to use “maximum enforcement discretion” over the amendment, but it also gives religious organizations “regulatory relief” from an Obama administration mandate that required them to provide their employees with health coverage that included contraception.

The senior administration official, who briefed reporters Wednesday night, said the order is “not about discrimination.”

Trump promised repeatedly throughout the campaign to “destroy” the Johnson Amendment because he believes it threatens the freedom of religion. However, it would require an act of Congress to completely repeal the amendment.

“I will get rid of and totally destroy the Johnson Amendment and allow our representatives of faith to speak freely and without fear of retribution,” Trump said just days after he took office at the National Prayer Breakfast.

“I want to express clearly today to the American people that my administration will do everything in its power to defend and protect religious liberty in our land.” (RELATED: Trump Vows To Repeal Johnson Amendment At National Prayer Breakfast)