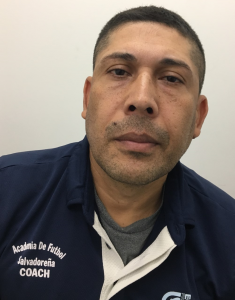 Immigration and Customs Enforcement placed an immigration detainer Thursday on a Maryland soccer coach who is accused of sexually assaulting a seven-year old girl.

Miguel Alfredo-Flores, 47, was arrested Wednesday in Montgomery County, Maryland after a police investigation determined that he had inappropriately touched a seven-year old girl, now nine, two summers ago. The alleged incidents in 2015 happened at soccer practice as other team members were running laps, according to a local Fox report.

Detectives think other girls might have been sexually assaulted by the Salvadoran immigrant, and the girl told police that Flores told her if she “told someone what he was doing, he would do something.” (RELATED: Illegal Alien Arrested For Allegedly Sexually Assaulting 2 Young Girls)

ICE told The Daily Caller in a statement Friday that they had placed an immigration detainer on Flores. Immigration detainers are placed on immigrants who officials believes are deportable so that ICE can take custody of them. The agency would not give further details on his immigration status.