At least three of the Republican congressmen who voted in favor of the revised health care bill that would repeal and replace the Affordable Care Act did not bother to read it entirely. 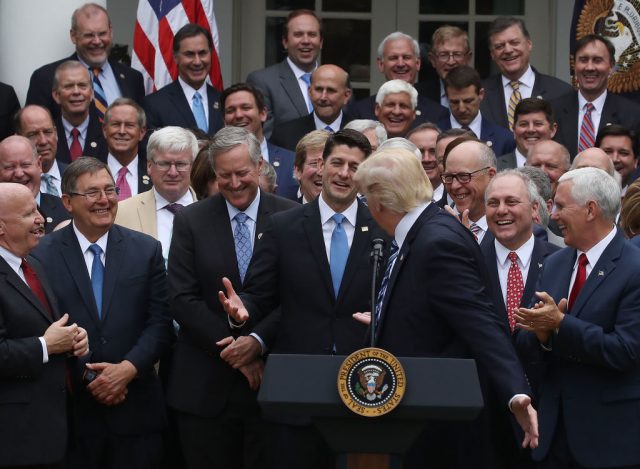 Wolf Blitzer asked Rep. Collins: “Did you actually sit down and read the bill plus all of the amendments?”

“I will fully admit, Wolf, I did not,” Collins said. “But I can also assure you my staff did. We have to rely on our staff. I had many meetings within energy and commerce as we discussed how this plan will affect Americans. I’m very comfortable that we have a solution to the disaster called Obamacare…”

“This legislation affects one-fifth of the US economy, and millions of millions of Americans,” Blitzer cut in. “Don’t you think it was important to actually sit down and read the language of this bill?”

“You know, I have to rely on my staff,” Collins replied. “I could probably tell you that I read every word and I wouldn’t be telling you the truth, and neither would any other member. I’m just being quite honest.”

Rep. Sanford said he attempted to fully read the bill, but couldn’t get through “some of the details on some of the pages.”

“I wouldn’t say — yes — I turned through every page. As to whether or not I got through some of the details on some of the pages, no. But, yes, I attempted to read the entire bill. I read it as thoroughly as I could. You have an entire staff to really vet these things.”

Rep. Garrett echoed those same statements when he was asked if he had read the bill.

“Let’s put it this way: People in my office have read all the parts of the bill,” Garrett said. “I don’t think any individual has read the whole bill. That’s why we have staff.”

Twenty Republicans voted no on the bill.