Spring is in the air, America, and college commencement season is once again upon us.

After four — or five, or six — years of keg stands and studying a few hours a week, another crop of special snowflakes is about to be slapped right upside the head by the cold, cruel real world.

As is tradition, their very last brush with the campus cocoon will involve sitting in a gown and a silly hat while listening to a speech.

And as is also tradition, The Daily Caller is here to provide brutally honest evaluations of the slew of celebrities, politicians and various hangers-on who will give the speeches at various commencement ceremonies around the country in 2017. 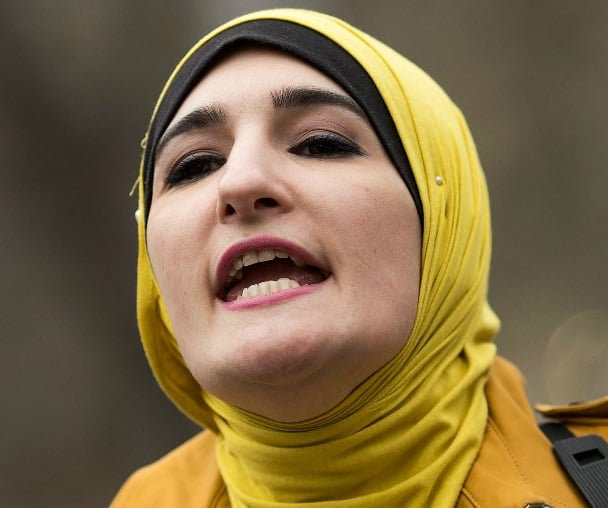 Palestinian-American activist Linda Sarsour will be this year’s commencement speaker at the taxpayer-funded City University of New York Graduate School of Public Health and Health Policy. Sarsour, who appears to have zero health policy experience, has frequently defended Rasmea Odeh, an alleged member of the terrorist-designated Popular Front for the Liberation of Palestine who was convicted in Israel in 1970 of taking part in two bombings — one at a supermarket in Jerusalem and another at the British consulate. Two Israeli students were killed in the supermarket bombing. Sarsour also once expressed the desire to “take away” a Muslim critic’s vagina and has defended Sharia law, claiming that it consists of not eating pork, refraining from alcohol and following Islamic teachings. F. 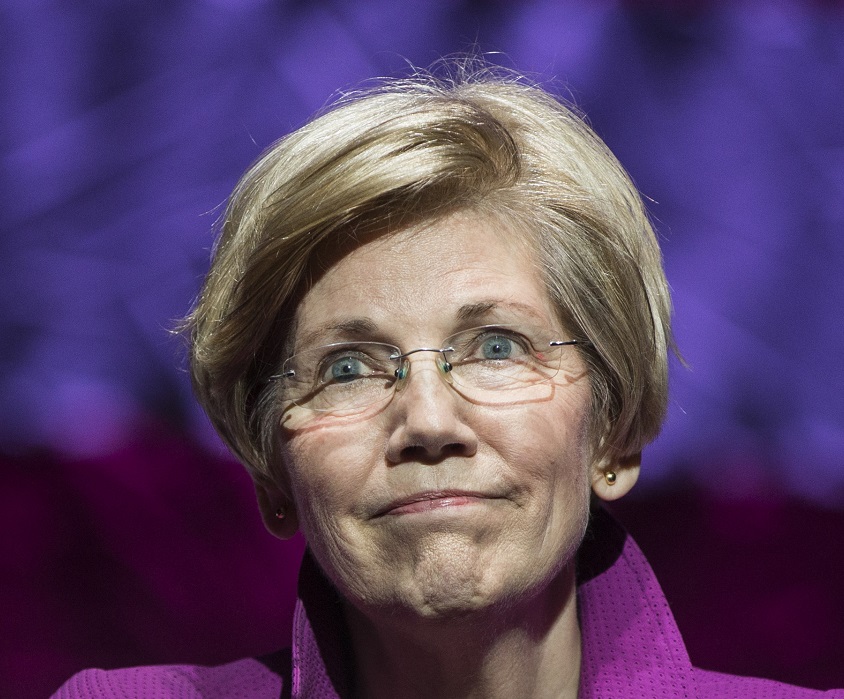 Senator Elizabeth Warren is the scheduled graduation speaker at the University of Massachusetts at Amherst. At one time, not very long ago, Warren was widely viewed as a top contender for the Democratic presidential nomination. These days, she’s been sounding kind of trivial and whiny. On the bright side, think of all the Native American Indian wisdom Warren will totally bring. C-. Smoking-hot actress Eva Longoria will speak during the commencement ceremonies at Knox College, a small, expensive, private liberal arts school in a small town amid the vast and endless farmlands of rural Illinois. Longoria, who is perennially called one of the most beautiful women in the world, is an entrepreneur, a notable philanthropist and a participant in a slew of ad campaigns — everything from L’Oréal to Heineken to Microsoft. In 2012, President Barack Obama named Longoria as a co-chair of his re-election campaign. She is most famous for her role on the television series “Desperate Housewives,” and for her cleavage. A+. Meanwhile, Tulane University in New Orleans has invited 71-year-old English actress Helen Mirren to send off its 2017 graduating class. Mirren is a legendary and award-winning thespian who has appeared in many films and a truly stunning array of theatrical productions. Mirren has won an Academy Award. She boasts a star on the Hollywood Walk of Fame. In 2003, the Most Excellent Order of the British Empire bestowed the title of Dame Commander upon Mirren. (That’s knighthood for females.) But let’s face, it, she is certainly no Eva Longoria. C. 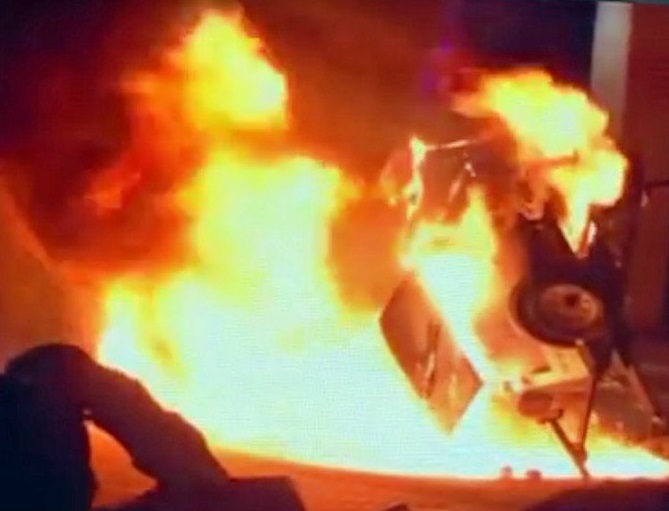 Someone named Maz Jobrani is slated to give 2017 baccalaureate addresses at the University of California, Berkeley. Who is Maz Jobrani, you ask? Fair question. He is an Iranian-born comic actor — the Persian Pink Panther, apparently. Officials at UC Berkeley probably invited someone so obscure to avoid the risk of riots that have plagued the taxpayer-funded campus all year. A commencement speaker nobody has ever heard of is a letdown, yes, but at least he is a Cal grad and at least his selection placates unemployed radical leftists who can’t bear the thought that someone, somewhere disagrees with their totalitarian worldviews. F. President Donald Trump will be the featured commencement speaker at the United States Coast Guard Academy and also at Liberty University, a school founded by Jerry Falwell. On the one hand, it’s the president, which will be memorable for graduates. On the other hand, it will be interesting to see if Trump can manage to stay on script — if he brings scripts at all. A. Howard Dean, who is still alive, will speak at the commencement at Hudson County Community College in Jersey City, New Jersey. Dean is a former Vermont governor and was a 2004 presidential candidate before he famously imploded with a dainty yell. Before all that, in the early 1970s, he received a draft deferment to avoid the Vietnam War and proceeded to ski “80 days” in a single year in swanky Aspen. YEEEAAAAARGH!!!! D-. Teen Vogue columnist Lauren Duca — who is famous for defending some jerk who harassed Ivanka Trump on a JetBlue flight — is this year’s commencement speaker at Bard College at Simon’s Rock, a school where high school-aged students can pay $64,660 for a single year of tuition, fees and room and board to start college right away. This is real. This is actually happening. The Daily Caller, which has interns available for very low speaking fees, is not making this up. F. At New York University, where a single year of tuition, fees and room and board costs $66,820, Pharrell Williams will speak to this year’s batch of newly-minted graduates. Williams is a college dropout (he attended Northwestern for a couple years) who has found massive critical and commercial success without the need for a costly degree. He has won 11 Grammy Awards and at this point in his career is a fairly legendary music producer — and a singer in his own right. His net worth is estimated to be $150 million. B-. The University of Southern California — the ritziest campus in all of South Central Los Angeles — will host actor Will Ferrell for its 2017 graduation ceremony. Ferrell is an alumnus of Southern Cal — a school with arguably the most loyal alumni network in the United States. His speech should be hilarious, entertaining and memorable. There may or may not be streaking. But it’s perfect. A. Hobart and William Smith Colleges, a pair of postcard-perfect liberal arts colleges in the Finger Lakes region of New York, has invited former President Bill Clinton to speak at commencement this year. Clinton may have lost a bit of his rhetortical touch in his golden years but he can still deliver an excellent speech. Hopefully, he will bring out the story about how, in his younger days, he lined the back of his El Camino with astroturf. It’s been too long. A-. Hillary Clinton will bring every last ounce of her charisma and charm as this year’s commencement speaker at Wellesley College, her alma mater. It’s likely to be a wistful speech about what could have been. Officials at the all-female, $66,984-per-year private school have published audio footage of a commencement speech she gave there as a graduating student in 1969 — when, ironically, she had roughly the same amount of political power she possesses now. B. Kenyon College will feature University of Texas men’s basketball coach Shaka Smart as its commencement speaker. Smart is a Kenyon alum. He played basketball at the Ohio liberal arts school and is the school’s all-time career assists leader. So it makes sense. Smart was once considered a coaching phenom. His two seasons at Texas have yielded a 31-35 record, however, and Longhorns fans are notoriously petulant and impatient. Will he inquire about the Kenyon job during his visit? A-. Elderly Vermont Senator Bernie Sanders, will be the keynote speaker for the commencement festivities at Brooklyn College. The taxpayer-funded City University of New York campus is a good fit for the longtime socialist and 2016 presidential candidate because most of the students probably don’t have much of a grasp on basic economics and because all the hometown Brooklyn residents in the audience will finally be able to understand his gruff Brooklyn accent. B. Pitzer College, an obscenely overpriced bastion of the liberal arts where Latina students recently painted “White Girl, Take OFF your hoops!!!” on a campus wall and where a group of black students recently sent a lengthy letter to the school president charging that objective truth is a white supremacist invention used for “silencing oppressed peoples,” is hosting some National Public radio deejay named Guy Raz for its 2017 commencement. A single year of tuition, fees and room and board at Pitzer costs $64,957. F. Ultra-wealthy college dropout Mark Zuckerberg, the co-founder and CEO of Facebook, will speak to this year’s crop of graduates at fancypants Harvard University. Zuckerberg left Harvard as a sophomore to launch his company. The last time Harvard had a high school graduate as its commencement speaker was in 2007 when Microsoft founder Bill Gates addressed students. So this is special. C+. Gritty, tough-as-nails Pittsburgh Steelers head coach Mike Tomlin will be the keynote speaker for graduate students at the Robert Morris University commencement ceremony. Tomlin, the youngest NFL head coach ever to win a Super Bowl and still among the youngest coaches in the game, will also receive an honorary doctorate in humane letters. A. U.S. Secretary of Education Betsy DeVos will be the commencement speaker at Bethune-Cookman University, a historically black school in Florida. Naturally, a bunch of race activists have criticized the school for allowing DeVos to speak. School officials responded with a simple statement saying, in part, “we need to find common ground.” A. Bizarro leftist environmental zealot and former Obama administration official Van Jones, whose name appeared on a 2004 petition from 911Truth.org that suggested the Bush Administration “may indeed have deliberately allowed 9/11 to happen,” will speak to the graduates of Loyola University New Orleans. It’s not clear if Jones will inform graduates about his beliefs about September 11, or crop circles or chemtrails. But the real question, of course, is what should we, as Americans, do to confront the lizard people? F.