President Donald Trump thinks the most important aspect of Monday’s Senate hearing on Russia was a quote from former Director of National Intelligence James Clapper, so much so that he changed his twitter background to it. 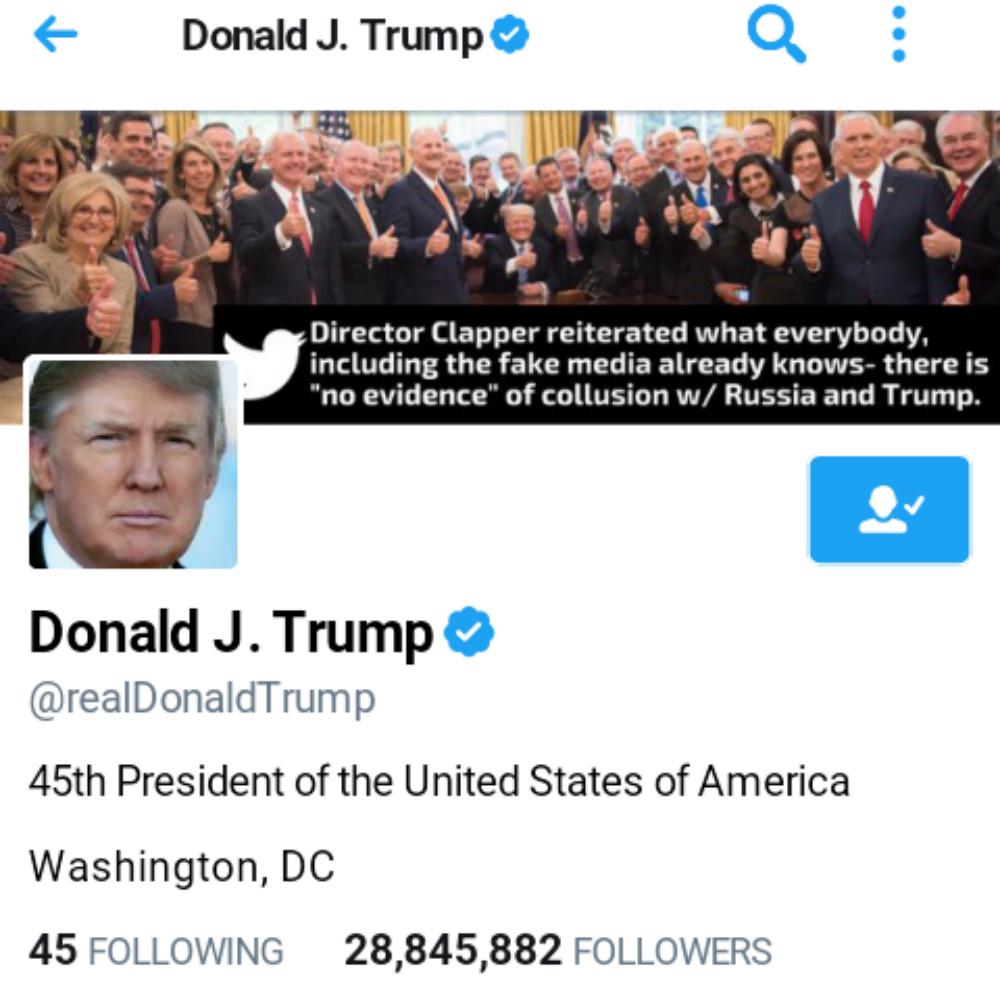 The Senate Judiciary Committee heard testimonies from Sally Yates, the former acting attorney general and Clapper regarding Russian influence into the 2016 presidential election.

The president sent out a series of tweets where he blasted the media and insisted there was no evidence of collusion between his campaign and Russia.

Director Clapper reiterated what everybody, including the fake media already knows- there is “no evidence” of collusion w/ Russia and Trump.

Sally Yates made the fake media extremely unhappy today — she said nothing but old news!

The Russia-Trump collusion story is a total hoax, when will this taxpayer funded charade end?

The president also said that the main story today was in regards to surveillance.

Biggest story today between Clapper & Yates is on surveillance. Why doesn’t the media report on this? #FakeNews!

The president has remained firm in his denial of any collusion with Russia during the 2016 U.S. presidential campaign.