Celebrities like Rosie O’Donnell, John Legend and others said it was time for President Donald Trump to be removed from office after he fired FBI Director James Comey Tuesday.

Dixie Chicks singer Natalie Maines said that the president had a mental illness. (RELATED: Celebrities Have Meltdown Over ‘Nightmare’ Confirmation Of Jeff Sessions) 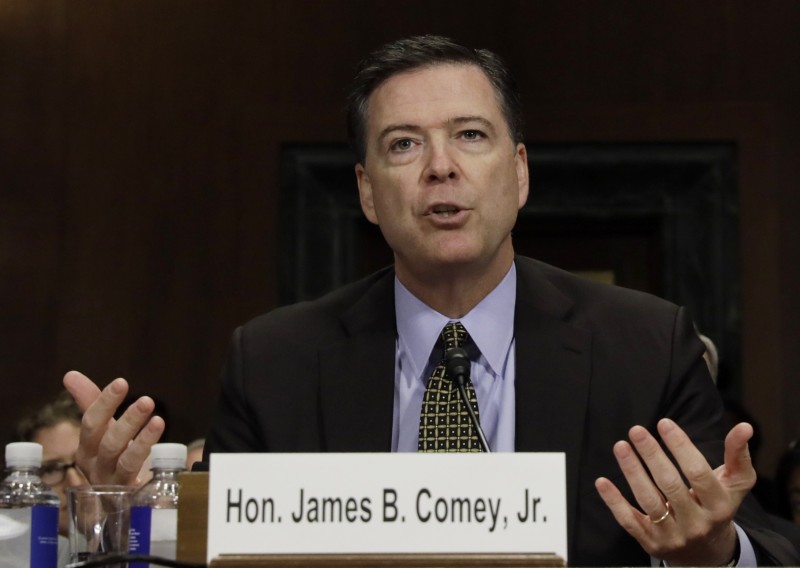 FBI Director James Comey testifies before a Senate Judiciary Committee hearing on “Oversight of the Federal Bureau of Investigation” on Capitol Hill in Washington, U.S., May 3, 2017. REUTERS/Kevin Lamarque

“Your ignorance is superseded by your mental illness. #5150 @realDonaldTrump,” Maines tweeted, later suggesting it was fear that lead Trump to fire Comey.

Your ignorance is superseded by your mental illness. #5150 @realDonaldTrump

Do you guys smell that? It smells like fear mixed with Aqua Net. @realDonaldTrump

“@realDonaldTrump RESIGN YOU PATHETIC MORONIC SPOILED RICH PRICK,” O’Donnell tweeted, later pleading with others at the White House to walk out on Trump.

i am ashamed of how badly we have handled trump https://t.co/Ifcm7jEM7G

WALK OUT COME ON – WALK UR AMERICAN ASS OUT OF HIS CRIMINALLY CONTROLLED WHITE HOUSE – TURN UR BACK ON TRUMP #SICKtrump https://t.co/Ou7I3vgerb

PLEASE WAKE UP THIS IS CRAY YALL https://t.co/eC92lM5Gl8

Way to bite the hand that handed you the election. @realDonaldTrump

Cnn just reported that @seanspicer is literally hiding in the bushes on the south lawn. Grab a life boat, buddy.

TRUMP SAYS 1 OF THE REASONS HE FIRED FBI DIRECTOR COMEY IS
BECAUSE OF WHAT HE DID 2
HILLARY CLINTON.GOD,HE IS A
A GUTLESS,LYING,TRAITOR

If we let him get away with simply firing anyone who poses a threat, we will have ceased to be a nation of laws.

Trump and Putin both think they can make problems go away by getting rid of people. One says “You’re Fired,” the other just has you killed.

No spin matters- keep it simple -trump just fired the guy investigating him. Facts so inconvenient i know.
We must Impeach this clown NOW

Trump might just as well have said: “Lock me up” Last gasp of a dying man. GOP stop being unpatriotic pussies. #SpecialProsecutor

And to any of you who are okay with this, please let me know how cool you’d be if Hillary were President & did this as he investigated her.