A couple years ago, Amazon surprised the world by unveiling the Amazon Echo, a speaker-cum-personal assistant that not only plays music but also responds to commands that help you keep your life in order. I have one and I love it – so much so that I bought my parents one for Christmas.

Amazon’s entree into the home speaker space ignited a mad dash by other companies – most notably Google – to release competing products. Just when those competitors might have been catching up, Amazon just announced another great leap forward: the Echo Show.

You’re going to want to see the Echo Show in action in the video below. It’s pretty crazy. It does everything the original Echo does, but it also has a screen that allows Alexa to, well, show you things. This is ideal for video calls, photos, security cameras, even song lyrics. Pretty much anything you’d rather see than be told. 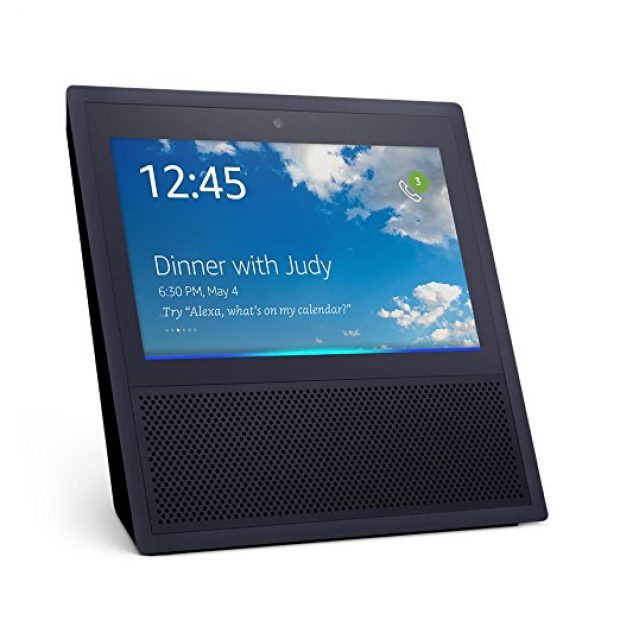 The Echo Show is officially released on June 28, but it can be pre-ordered today. It only costs $230, which is an astounding price point considering the speaker-only version of the Echo has always costed $180. (It is currently on sale for $150). Only $50 more for everything the Echo Show promises to offer? You really should see the video: