While FiveThirtyEight gives him a 97.3 percentage of how often he supports Trump, Flake was consistently one of Trump’s biggest critics on the presidential campaign trail.

Flake’s body slam against Trump came in the summer of 2016 when he told Vanity Fair why he thought the GOP’s candidate couldn’t win the presidency: “Well, I just don’t think he can get there. I don’t think that there’s much worry of a Trump presidency if he doesn’t change. I want a Republican in the White House, but he can’t get there, in my view, saying the things that he’s saying.”

In a story in Politico in late 2016, Flake claimed he wasn’t afraid that Trump might exact revenge. 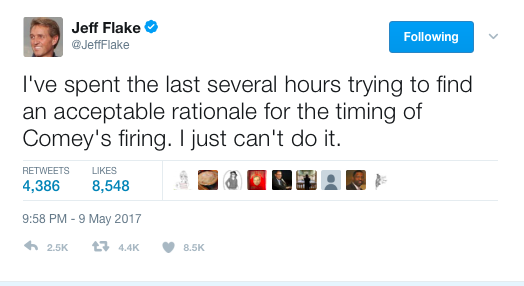