The former Democratic president of the United States revealed as much during an event with Vermont senator at the Carter Center in Georgia Monday night. 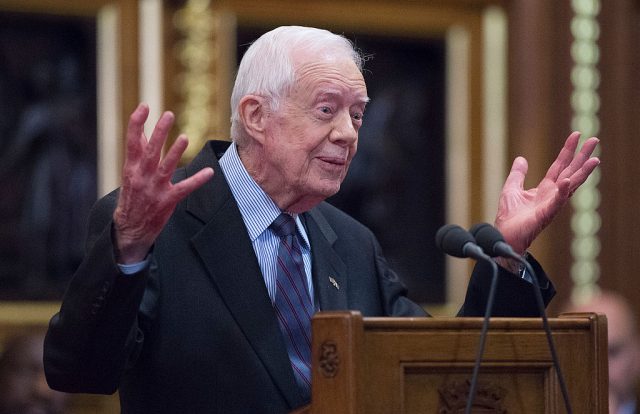 “If we had 80 percent of the people voting in this country, the Republican Party would be a significant minority,” Sanders told the audience. “So we have got to get people involved. And you do that by being honest about the real problems they face and come up with real solutions.”

“Can y’all see why I voted for him?” Carter remarked.

The exchange begins around the 20-minute mark in the video below.

Though he noted she was “quite unpopular,” Carter endorsed Hillary Clinton for president last August.

“It’s been an exciting and unprecedented kind of campaign this year, and unfortunately, the way it’s turned out, both choices in the major parties are quite unpopular,” Carter said at the time. “But I don’t have any doubt that one of the candidates is better qualified than the other.”