The plans for the Obama library show a hideous, soul-crushing, Brutalist cluster of three buildings that only an architect’s mother could possibly love.

The focal point of the campus is a sterile, angular hunk of cement with asymmetrical, haphazardly-placed windows. From the ground, it looks like a drab, concrete Rubik’s Cube ready to tumble over on its side at any moment — crushing any number of visitors loitering on a faux-brick promenade.

A second building is a low-slung eyesore that could easily be mistaken for a vacant suburban office building, or perhaps a parking garage.

The architectural renderings of the Obama library campus show 19 people ambling aimlessly on paths atop this second building. There are also portions of grass on top of the building which resemble gardens in dire need of weeding.

The designers of the revolting miscreation, Tod Williams and Billie Tsien, say the size of the completed Obama library will be 200,000 to 225,000 square feet.

Here’s your first look at the Obama Presidential Center in Chicago’s Jackson Park. It will include a museum, library, and forum. pic.twitter.com/iUtbB55Woa

The Chicago Tribune describes the proposed library, dubbed the Obama Presidential Center, as “an eye-catching museum” with “splaying walls” that “make a bold architectural statement.”

Obama called his library a “transformational project for this community,” according to the Tribune.

The museum will contain no papers. The plan is for all the various papers from Obama’s presidency to be digitized.

There will be meeting rooms, an auditorium, a restaurant and, of course, an exhibition hall to celebrate the world-historical greatness of Obama. (RELATED: Remember When Obama Was The Messiah?)

The cost for the Obama library remains undisclosed. An Obama Foundation spokeswoman suggested that the cost could exceed $500 million.

The price tag for the George W. Bush Presidential Center in Dallas — which is similar in size — was about $500 million.

The site for the proposed Obama library is a section of Jackson Park, a 500-acre recreation area on the city’s South Side located behind the Museum of Science and Industry.

Jackson Park includes a golf course, a beach and a scenic Japanese garden. 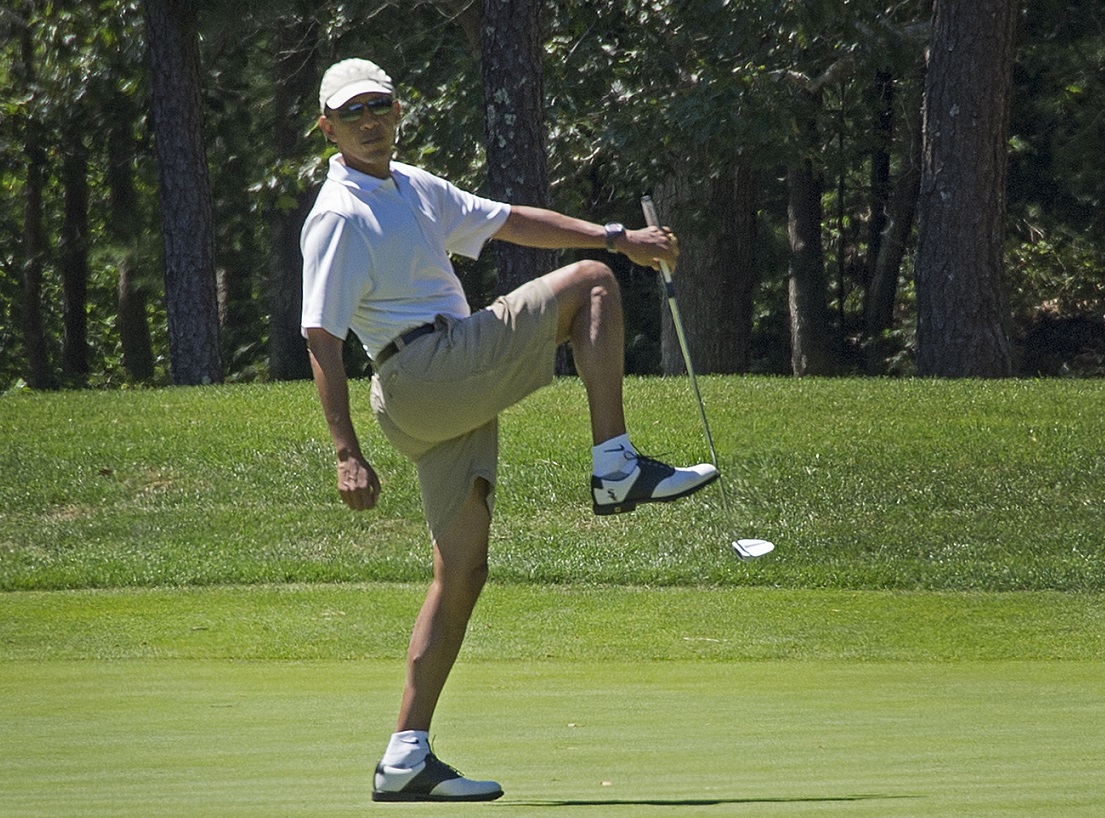 The proposed library would require the city to close Cornell Drive, a wide boulevard used each day by thousands of drivers.

Obama urged Chicago residents not to worry about traffic jams. He wants to avoid getting “fixated on traffic that we lose sight of what’s possible,” he said, according to the Tribune.

The park is also the habitat of many species of birds including a famous population of feral monk parakeets. The fate of these wild parakeets during the construction of the Obama library — and an associated parking location — is unclear.