“Given the sheer diversity of human sexuality, there has to be someone, somewhere, who can only get aroused when AC rolls his eyes.”

“This is the day that Donald Trump fired the head of the FBI. So never in history have we had an FBI fired by a president who was under investigation. It’s just wrong.” — CNN legal analyst Jeffrey Toobin on Tuesday night.

WaPo journo falls into a time warp about his therapy session

“Today felt so long I said to my friend that my therapy appointment was last week. It was at noon.” — Gene Park, who handles social media for Washington Post opinions.

5. Carmelo Anthony — Chicago Bulls basketball player who has been in the gossip pages lately for reportedly cheating on his wife and getting another woman pregnant.

3. Brad Garrett, comedian and actor who appeared in Everybody Loves Raymond.

Rep. Schiff gets snippy about Trump

“When pressed on his false accusation of wiretapping, @POTUS says ‘I don’t stand by anything.’ Well, he’s certainly right about that.” — Rep. Adam Schiff (D-Calif.).

“On a night like tonight, when our institutions are being historically tested and strained, it’s a good time to subscribe to a newspaper.” — Matt Viser, deputy Washington bureau chief for The Boston Globe.

“Joe Walsh: “As a Trump supporter I do my best not to listen to what he says.

Me: Then why are you a supporter?”

Snowden is still living in Russia. 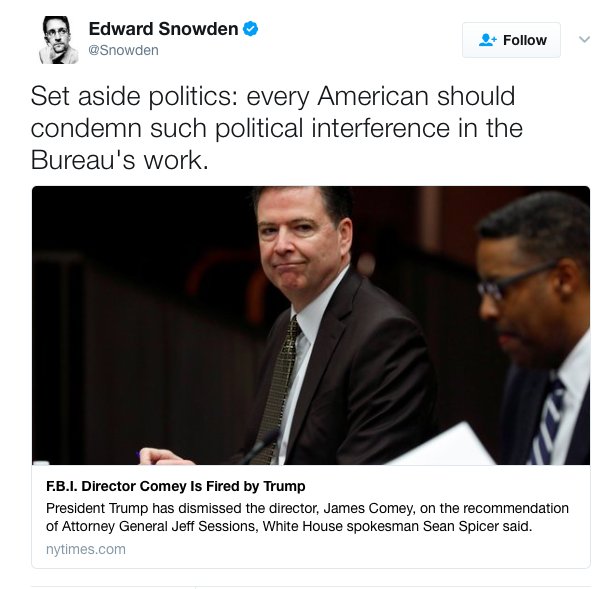 The Blaze insults a VICE politics writer by calling her ‘liberal’ 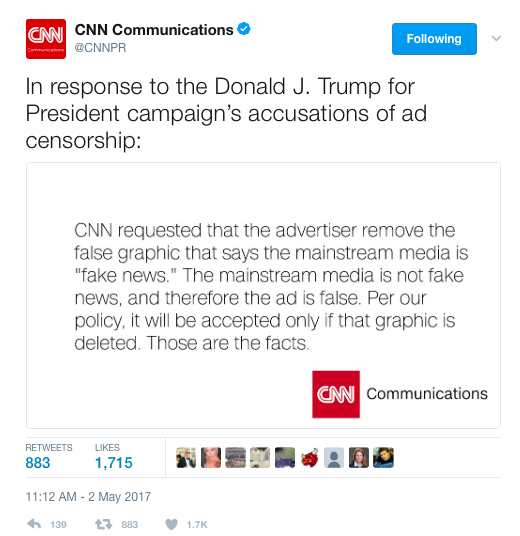 “I hate hate hate hate hate hate this statement. CNN ought to just be honest; you want us to run an ad that’s damaging to our brand and insults our anchor. Why would we do that? But is CNN going to tell us with a straight face that they’ve fact-checked every political ad they’ve run in their decades-long existence? Free advice for Dem/GOP operatives: save this statement. In 2018, demand an explanation for why CNN is running misleading ads. It’ll happen. Of course, CNN only requested one change. So everything else in Trump’s ad must be true! Trump DID give us the biggest tax cut ever!”