Like most late night show hosts, John Oliver has been relentlessly critical of Donald Trump. Perhaps that’s why he went through such extreme measures to hide the fact that he benefits from a tax loophole initiated by the former New York real estate developer, according to a report by the New York Observer. 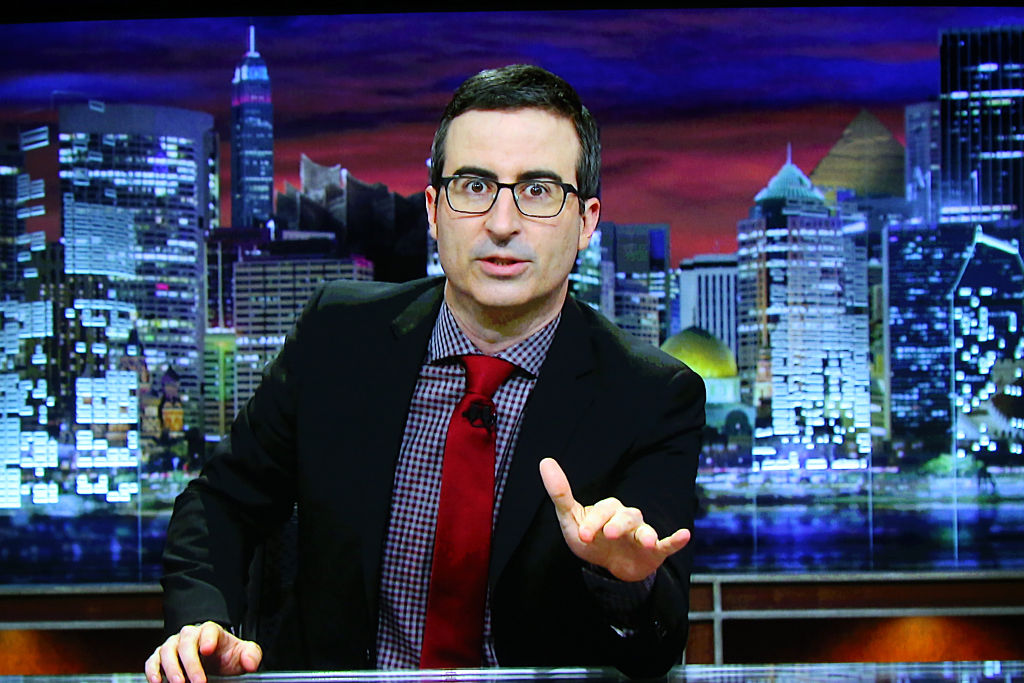 The “Last Week Tonight” host has been very critical of politicians “actively introducing policies that disproportionately benefit the wealthy,” such as tax cuts and trusts that serve as loopholes for the rich.

However, the British comedian sought counsel from a tax attorney back in 2014 to set up two revocable trusts in order to hide his purchase of a $9.5 million Manhattan mansion. Now, Oliver is benefiting from a tax break on that multi-million dollar crib that Trump fought for nearly 40 years ago.

Oliver and his wife, Kate Norley Oliver, hired New York law firm Prokauer Rose LLP to help them purchase the luxurious New York City pad. Their lawyer Jay Waxenberg, who specializes on “estate and tax planning and estate and trust administration,” helped the couple set up the trusts, which Oliver has so often criticized, in order to make it happen. Then Oliver reaped the benefits of a loophole established by the current president when he was making plans to build Trump Tower back in 1980.

Waxenberg set up two revocable trusts for the Olivers that were then used to set up a “shell company” called Hoagie’s Place LLC, which the couple used to purchase the penthouse apartment, the Observer reports.

Although the Oliver’s paid $9.5 million for the property, the city determined its market value to be just $1.3 million. Under New York’s property tax system just $515,000 out of all those millions is billable for property taxes and, at a rate of 12.8 percent, Oliver would be required to pay $66,390.

Here’s where Trump comes into play.

Back in 1980, Trump tried to use the 421a tax exemption when he bought Bonwit Teller in Manhattan which he planned to tear down and replace with Trump Tower, the Observer reports. When the real estate mogul was told the property did not qualify for the 421a tax break, Trump and his lawyer sued the city. Trump ended up winning the lawsuit and getting a $50 million tax exemption for the site. The lawsuit established that all new developments, including luxury projects, would qualify for the tax exemption.

Oliver’s penthouse property falls under this distinction. Thanks to Trump, his property’s original billable value is reduced by more than $300,000, and the TV host owed only $27,343 in taxes on his nearly $10 million mansion in 2017, according to the Observer.

Maybe the “Last Week Tonight” host should take a break from roasting the president every now and then and take the time to thank him for all the money he’s saved him in taxes over the past two years.

1
Antifa Group To March Alongside Pro-Gun Protesters In Virginia
US
2
9th Circuit Court Of Appeals Deals Brutal Blow To Teens Who Sued Trump Over Climate Change
Energy
3
Biden Blames Obama For Being Too Lax On Big Tech Years After He Cheered On Theranos
Tech
4
'In My Day, If You Went Up To A Guy’s Hotel Room, You Knew Exactly Why You Were Going': Kathy Bates On #MeToo
Entertainment
5
'I Want Trump Out!': Migrants Plan To Cross US Border Once Trump Leaves Office
World