Home brewing is as American a tradition as Thanksgiving or baseball. The first president and founding father, George Washington, dabbled in the brewing arts, and was known to down a silver pint glass full of beer with each meal.

Samuel Adams, the flagship brand of the Boston Beer Company, conducts an annual search for the best home brewers in the U.S. Thousands of amateur beer nerds brew their most savory recipes for the adept palates of the master brewers at Sam Adams, but only three lucky individuals are chosen for a nationally-available six-pack.

“In the 20 years of hosting our LongShot American Homebrew competition, we’ve identified the best of the best homebrewers some of which have gone on to become professional brewers, opening their own innovative breweries and contributing to the craft beer revolution,” founder and brewer of Samuel Adams, Jim Koch, said in a statement to The Daily Caller News Foundation. 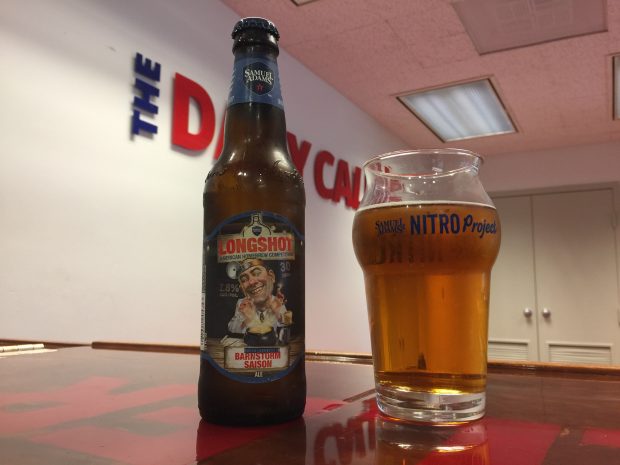 A saison isn’t typically my favorite variety, and, as much as I would love to throw my unfettered support behind Cousino’s efforts, I stand by my personal biases with this beer.

Before I dive into the specifics, a quick discussion of the saison variety is in order.

Nearly all saisons share three similar characteristics: a light body, a dry finish and a Belgian inspired twang. The genre is more open to the brewer’s interpretation, so no two saisons will taste exactly alike.

The beer finds its roots as a farmhouse ale. Farmers would brew a saison at the beginning of winter to give to farmhands during the summer months as a refreshing reward for a hard day’s work. They used whatever wheat was available on hand, and, as a result, the beer would take on a slightly different taste every year.

Cousino is a pharmacist by trade, and approaches brewing much like he would any scientific endeavor.

“I created the best I can by calculating, measuring, and observing. Then the real magic happens. That transition from what I can control to what I cannot is the heart of the allure of this wonderful hobby,” Cousino said in a statement.

His saison blends malty tones with floral notes, and finishes with a hint of spice stemming from the use of Belgian yeast. He hopped it with English hops to enhance the bitterness that adds to the beers crisp, dry finish.

Don’t let my personal preferences stop you from drinking this beer. It weighs in at 7.8 percent alcohol, if that helps. 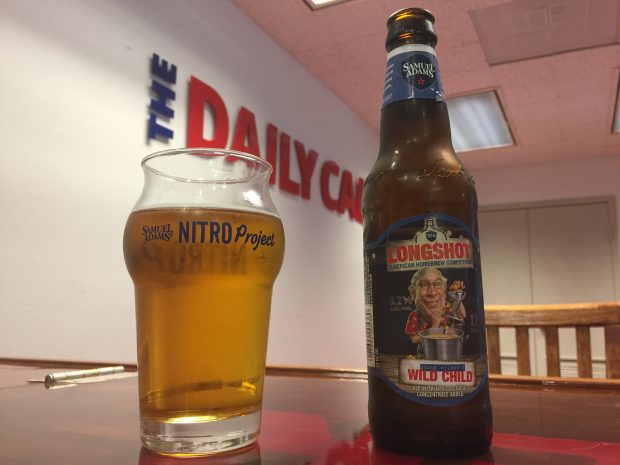 Hands down my favorite beer out of the six-pack. Duane Wilson puts his homebrewing prowess on display for beer lovers across the U.S. with his Wild Child American Wild Ale. He can’t take all the credit. Wilson co-brewed with fellow homebrewer, Mike Edwards.

Aptly named, the beer is so eccentric it walks the line between a sour beer and a pale ale. The harmony is as beautiful as it is tasty.

The beer starts sour on the tongue, but finishes with a dry, sweet flavor. There are hints of apricot, fruit and a delectable tartness that lingers well after the final sip. Wild Child packs a significant punch at 5.7 percent alcohol.

“I love to cook. Making beer’s a lot like that. Homebrewers strive to make a lot of styles and we’re always looking to improve them. I enjoy the engineering that goes into making a primo beer,” Wilson said in a statement. 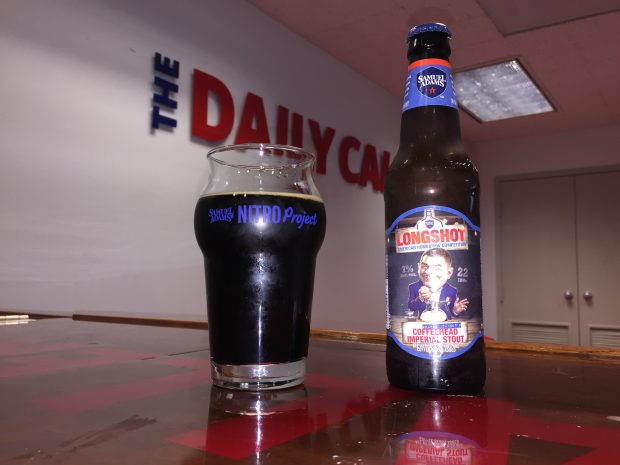 “I love the attention to detail and making something that you can enjoy. For me, it’s a similar satisfaction to cooking a big holiday dinner, only it lasts longer,” Graham Johnson said of his passion for homebrewing.

Johnson aged this stout with coffee beans and cocoa nibs, which imparts a thick, creamy taste to the beer.

At first sip, you might think you took a large bite of a dark chocolate and a sip of strong coffee simultaneously. The taste is strong and not for those who don’t enjoy an espresso or heavy chocolate cake. The beer also has hints of stone fruits and tobacco but finishes clean with a lasting sweetness. The beer needs to be tried to be believed.

It won the contest and was the favorite of Sam Adams’ formidable brewing team.