According to the results of the latest Politico/Morning Consult poll, 42 percent of voters approve of the president’s performance in office thus far. That is four percent lower than what his approval rating was a week ago. 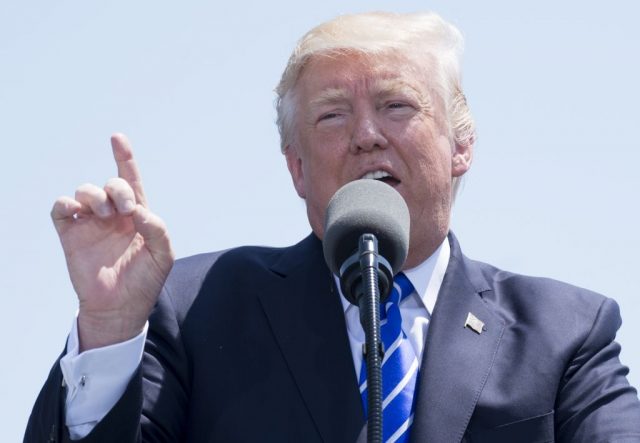 Though only 42 percent of people who voted for Trump in the election still “strongly approve” of his job performance, it looks like Republicans are sticking with him.

Trump: “You will find that things happen to you that you do not deserve” but you have to “fight, fight, fight” https://t.co/ew1RvCoWqH

On Wednesday, Trump made his first public remarks since the New York Times reported that he asked former FBI director James Comey to shut down the federal investigation into his former national security adviser Michael Flynn.

Though he didn’t directly address the report as he delivered the commencement address at the United States Coast Guard Academy, Trump said: “Adversity makes your stronger. Don’t give up — don’t back down. Nothing worth doing ever, ever came easy. The more righteous your fight, the more opposition you will face.”