Mike Pence has doubled down on his claim that he didn’t know about Mike Flynn’s lobbying work for the Turkish government until March.

The New York Times reported Wednesday that the former national security adviser informed the transition team “weeks before the inauguration” that he was under federal investigation for his Turkish lobbying work. However, the vice president maintained Thursday that he found out about it through news reports in the media in March. 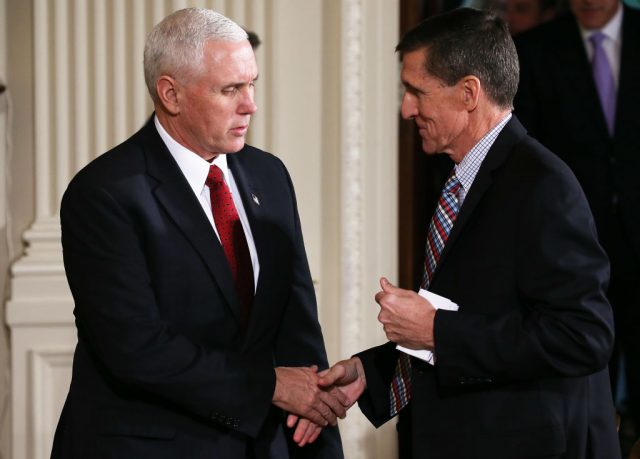 An official from the vice president’s office said this in response to the Times report: “The Vice President stands by his comments in March upon first hearing the news regarding General Flynn’s ties to Turkey and fully supports the President’s decision to ask for General Flynn’s resignation.”

On March 9, Pence — who headed the Trump transition — told Fox News’s Bret Baier that “hearing that story today was the first I’d heard of it.”

“The first I heard of it and I think it is an affirmation of the president’s decision to ask General Flynn to resign,” Pence said. (RELATED: Report Claims Donald Trump Has Kept In Touch With Michael Flynn)

Flynn was ousted from his position as national security adviser just 24 days into the administration after it was revealed that he mislead Pence about conversations he had with the Russian ambassador to the United States.