The summer isn’t the only phenomenon causing temperatures to skyrocket throughout nation. The White House finds itself entangled in multiple investigations into Russian interference in the 2016 presidential election, Republicans are struggling to find a viable replacement for Obamacare, and issues ranging from social justice to net neutrality are inflaming emotions of an already impassioned polis. Suffice it to say, Americans could use a beer, or three, to cool their fiery tempers.

Samuel Adams Brewing Company was nice enough to provide The Daily Caller News Foundation with 6 seasonal summer beers, including Tropic of Yuzu, Porch Rocker, a Hefeweizen and a Berliner Weisse.

This wheat ale features yuzu, an asian citrus fruit, and grains of paradise, an ingredient also found in Sam Adams’ more well known Summer Ale. Yuzu is quite often included in Asian sauces (e.g. Ponzu), which chefs and food vendors use to amplify dishes with an extra tang. Barkeeps and the average drinker alike can do the same with the Tropic of Yuzu beer, as it has a subtle piquancy to it that elicits aromas and flavors of other citrus fruits like kumquats and grapefruit.

In accordance with its influence, this beer can pair very well with dishes like shrimp spring rolls, a spicy papaya salad (northern Thailand-style), or Zha Jiang Mein, Chinese asian noodles with a savory meat sauce.

At 6 percent alcohol by volume (ABV), the beer has considerable drinkability. It won’t be too hard to get buzzed off this far-east inspired brew. 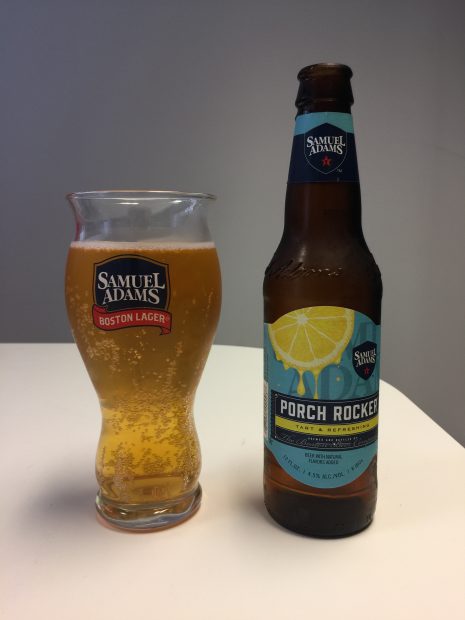 At first taste, reviewers for TheDCNF were not entirely sure if they were drinking a lemonade, or a beer. The assessment is not a critique but rather signals the brews at Samuel Adams are aptly named, as this German inspired Bavarian-style radler is meant to taste like alcoholic lemonade.

Porch Rocker brings a significant amount of lemon flavor. Seriously, the beer is so sweet that if it were a human, it would beat out a granny who doubled as a saint and cooked up the cure for cancer on the side.

Evening out its sweet, lemony zest is the sheer amount of alcohol packed into it. Weighing in at 4.5 percent, Porch Rocker might leave you rocking side to side after a few. Try Porch Rocker with fresh seafood, your favorite grilled meat or to enhance the flavors of spicy salsa.

Now one of the most popular German beer varieties, radlers first originated in 1920s Bavaria. Legend has it that an innkeeper was trying to figure out how to serve a rather large group of thirsty cyclists. Acting in haste, the innkeeper mixed beer with lemon soda to make the supply of beer last longer. The concoctions’ name originates from a German word meaning, “cyclist’s liter.” 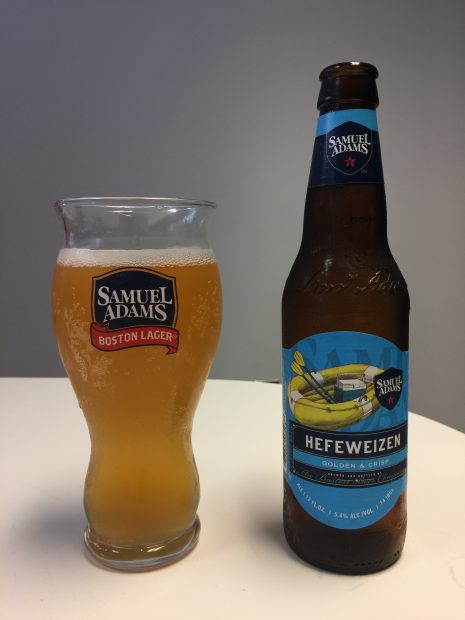 Sam Adams produced a nice hat tip to one of the benchmark German beer varieties, the Hefeweizen. The first sip illicits all the most prominent flavors the category is known for, including bananas, lemons, vanilla and heavy wheat tones.

Dating back to around 1487, Hefeweizen’s have been a dominant fixture in German brewing for nearly six centuries. Like any storied past, Hefeweizen’s have a unique style and rather stringent brewing techniques. Following tradition, brewers must use at least 50 percent wheat to malted barley in order for the beer to be considered a Hefeweizen. Yeast is added which gives the brew its signature body, one characterized by an unfiltered, cloudy appearance. 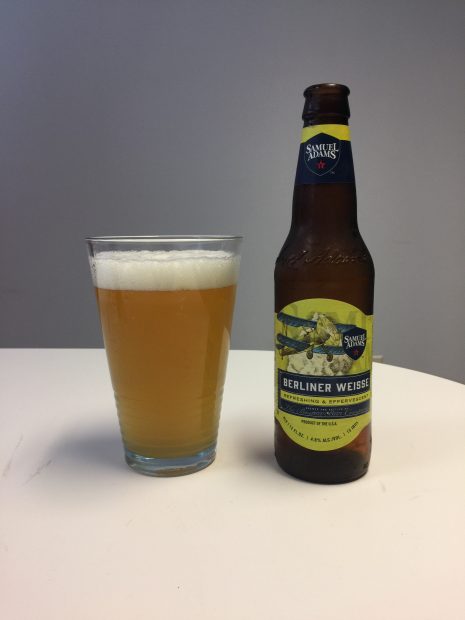 Sam Adams’ eponymous Berliner Weisse is named after the style of beer originating from Northern Germany.

After pouring the libation into a wide mouth glass, the liquid looks cloudy like an American-Belgian but with far less orange hues. Smells of lemon almost immediately waft through the air much like a radler or shandy would.

And the tastes aren’t too far off either. While the Porch Rocker was, of course, far more sweet, the pungent flavor of lemons is the main character in this story. As the bottle says, the beer is “refreshing and effervescent,” with the bubbles empowering the sourness of the beer.

Berliner Weisse have become a summertime favorite of beer lovers. The variety is known for its light golden, bubbly body. Sam Adams take on the genre is rich in wheat flavor that is somewhat offset by a robust tartness brought by the use of acidulated malts. It also packs a fairly significant punch at nearly 5 percent ABV.

As craft beer took off in the late-90s, hopped up beers known as India Pale Ales, more commonly referred to as IPAs, dominated the craft beer scene. The IPA is one of America’s finest contributions to the worldwide beer drinking community.

Sour beers, like the Berliner Weisse, started taking off in U.S. craft breweries around 2012, as artisans pursued ever more funky beers to satiate the taste of hipsters across the nation. Brewers started rolling out sour beers to compliment the intense heat of the summer, providing beer lovers with a refreshing, tart beverage to beat the heat.

TheDCNF would recommend this beer for a summer afternoon.