New Haven, CONN. — Thousands of union activists have swarmed downtown New Haven to force Yale University to negotiate a contract that would bring its recently formed union to the bargaining table.

Led by Yale’s graduate student union Local 33 Unite Here, the crowd is compromised of a mish-mash of local unions, students from up and down the East Coast, and Yale retirees. The protest is occurring directly outside the Ivy’s 316th commencement ceremonies and is set to bleed well into the afternoon. City officials have blocked off four streets (Elm St., College St., High St. and Church St.) and formed a police barricade between graduating students and activists. 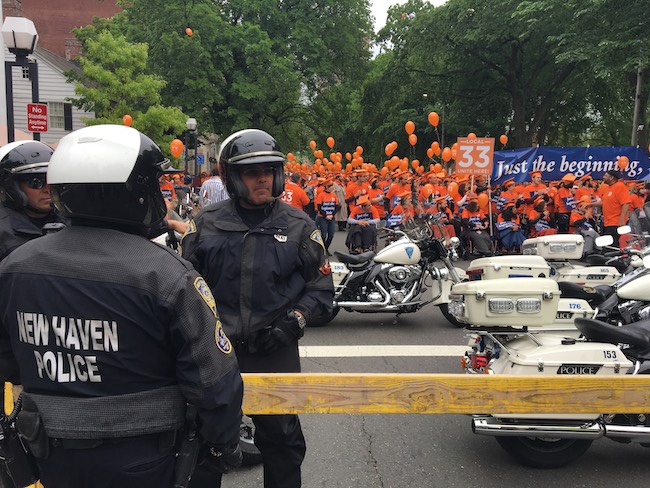 “This street closure — in addition to those previously announced — is to provide ample space for the safety of all those involved in this morning’s commencement exercises at Yale and related protests and demonstrations,” read a release obtained by the New Haven Register.

Currently on hunger strike until their terms are met, Local 33 has contended that Yale is delaying negotiations and expecting that Trump will name new members to the National Labor Relations Board (NLRB) that are sympathetic to the university. 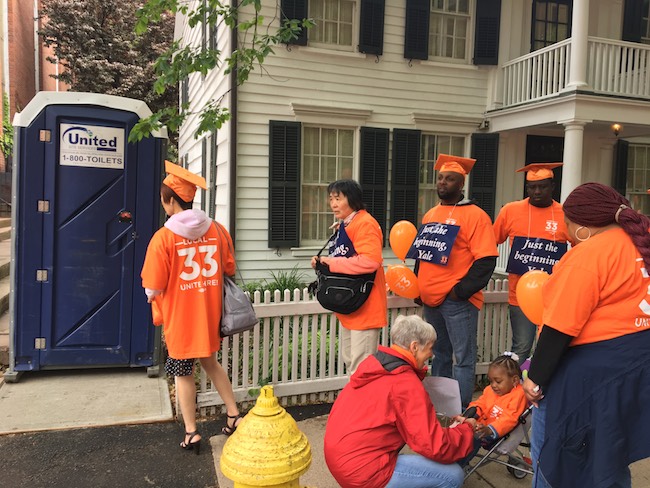 Yale Press secretary Thomas Conroy issued a statement Tuesday saying, “While Yale strongly defends everyone’s right to free speech, it is our hope that the demonstrators act in ways that do not detract from the enjoyment of our students and their families in the ceremonies and celebrations in honor of all our graduates and their wonderful achievements. The graduates, including those receiving their doctoral degrees, certainly deserve the focus to be on them.”

Though Sarah Eidelson, city Alder (D-1), Union 33 spokeswoman, and the principle architect behind the ongoing hunger strike at Beinecke Plaza, has repeatedly ignored interview requests from The Daily Caller, we did speak to several protestors in the crowd. 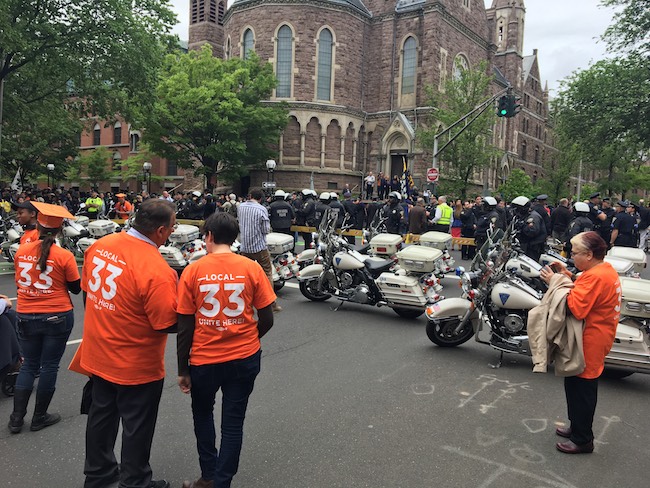 “We’re here, hopefully, to get the attention of the university after they’ve refused to meet with the students,” Bobby Proto, founder of Union 35, told The Daily Caller.

“I think the treatment of the graduate students is despicable,” said Lois Jason, a founding member of Union 34. “I was hired by the University for less than $4 an hour. I feel very strongly. Part of this [protest] is about sexual harassment. My generation was looked down upon. I had a professor ask me to FedEx things during Thanksgiving.”

Jason has been arrested three times.

Last Thursday, 23 union protestors were arrested after blocking three intersections in a demonstration that focused on alleged sexual harassment at Yale.

At noon, a light drizzle descended upon the crowd.

UPDATE: The San Luis Obispo Tribune has reported that Yale’s commencement was interrupted when a man ran onto the podium and grabbed the microphone.

Davis Richardson is a writer whose work has appeared in VICE, Nylon Magazine, The Daily Caller, and WIRED. Follow him on Twitter