The Daily Caller has identified three of Turkish president Recep Tayyip Erdogan’s bodyguards who were involved in a brutal attack against peaceful protesters earlier this month, including one who was seen choking a woman and throwing her violently to the ground.

Ismail Dalkiran, Servet Erkan and Hakan Gebes are the names of three of the Erdogan goons who took part in the assault of Kurdish protesters on May 16 outside of the embassy in Washington, D.C. All three are part of Erdogan’s security detail and live in Turkey.

Eleven people were injured in the melee, which began after Erdogan’s security detail and supporters of the authoritarian attacked a small group of Kurdish protesters positioned across the street from the embassy.

Dalkiran is one of the more visible participants in the violence.

Dark-haired with hints of gray, Dalkiran was seen on video choking Ceren Borazan, a 26-year-old Kurdish woman protesting Erdogan’s visit. Borazan, who has said in interviewers that her assailant also threatened to kill her, has led a social media campaign to help find her attacker.

TheDC showed Borazan photos of Dalkiran from his Facebook page, and she confirmed that he is the man who assaulted her.

Dear @POTUS I’m being attackd in this photo. I was assaulted by this man, strangled for protesting. Please help me find & prosecute this man pic.twitter.com/8KNfGGWamI

Dalkiran is connected to Erkan and Gebes on Facebook. And it is the involvement of the latter two in the attacks that provides additional proof that Erdogan directly ordered the blitz against the protesters.

Both men were seen in the small circle surrounding Erdogan as he sat in a black Mercedes Benz just moments before the violent event unfolded.

Gebes, who is thin and sports a mustache, is the man who appears to have relayed instructions from Erdogan to launch the attack. Video shows him receiving commands from a man identified by The New York Times as Muhsin Kose, Erdogan’s chief of security.

Kose is seen on video leaning into Erdogan’s vehicle before emerging to speak to Gebes, who nods his head in affirmation before running toward the street where the attack would soon unfold.

Erkan, a large man with a bald head who had been stationed near Erdogan’s vehicle, was seen on video punching at least two protesters. 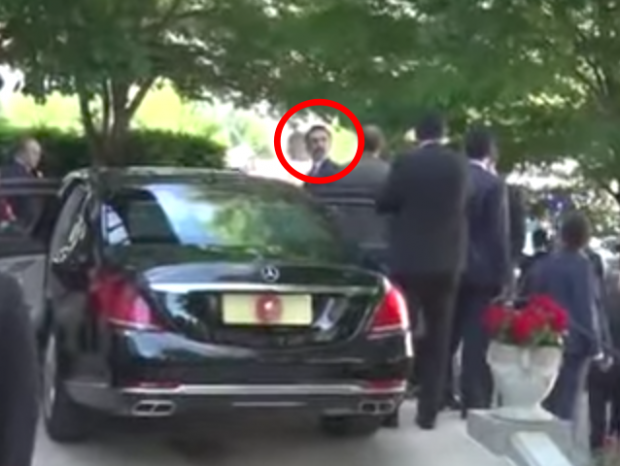 After around 30 seconds of violence, Erkan is seen walking back into Erdogan’s tight security circle. He, Gebes, Muhsin and other bodyguards protecting their boss then walk toward the entrance of the Turkish embassy.

Erkan may also be the man who issued commands to carry out the assault. 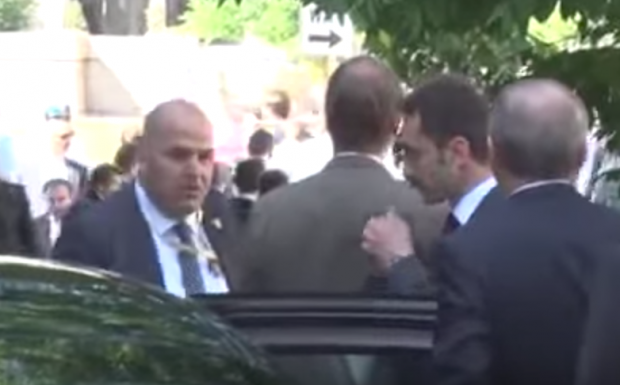 All three of the men left various indications on Facebook that they were visiting Washington, D.C. Dalkiran “checked in” to the city on May 13. Gebes posted several pictures around the city, including in front of the White House and with several other Erdogan henchmen at a restaurant in the capital city.

Gebes also posted a picture in DC with Erkan and two other men who are most likely members of Erdogan’s posse. 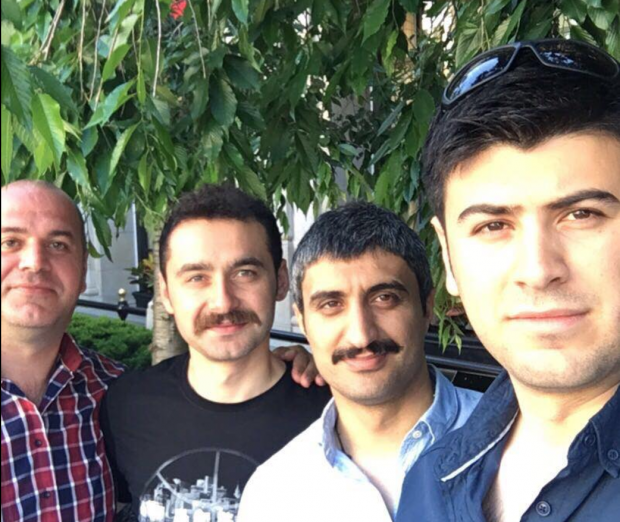 Erkan received praise from his compatriots after returning home to Turkey.

“The valiant man who ordered the attack against the traitors in America,” wrote a man who posted a photo with Erkan on Twitter in the days after the attack.

It is unlikely that the three men will face criminal charges over the attacks. Like numerous others involved in the fight, the trio are likely covered by diplomatic immunity. But they could potentially be blocked from entering the U.S. should Erdogan one day return. 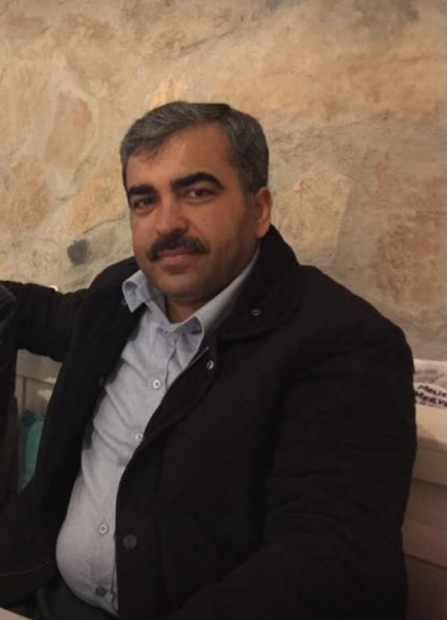 The State Department has claimed it is investigating the incident. The agency also rebuked the Turkish government in “the strongest possible terms” last week. (RELATED: Meet The Erdogan Goon Who Kicked A Woman During Embassy Brawl)

Four private citizens have already been identified as attackers.

Eyup Yildirim, an American citizen who owns a construction company in New Jersey, was identified by TheDC as one of the men seen kicking a female Kurdish protester named Lucy Usobyn.

Cousins Alpkenan Dereci and Ahmet Dereci, both wearing street clothes, were also seen punching protesters. They appear to have previous connections to Yildirim.

The New York Times also identified a man named Sinan Narin as kicking Usobyn. He confirmed to The Times that he kicked Usobyn but said he did not know she was a woman.

Usobyn has told TheDC that she suffered a concussion from the attack and will require six weeks to fully heal.

None of those men are likely to have diplomatic immunity, so it is unclear why they have yet to be arrested.