The PR nightmare for Kathy Griffin just got worse.

Before the comedian came out with her video apology for posing for an artistic portrait with a fake, bloody, beheaded Donald Trump, she sent defensive messages into the Twittersphere. And she wasn’t exactly filled with remorse.

Sure, she chucked them. 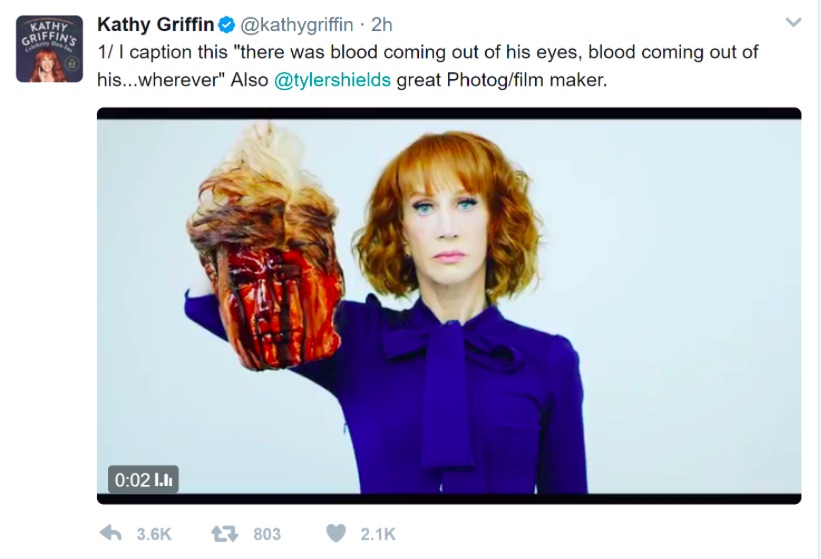 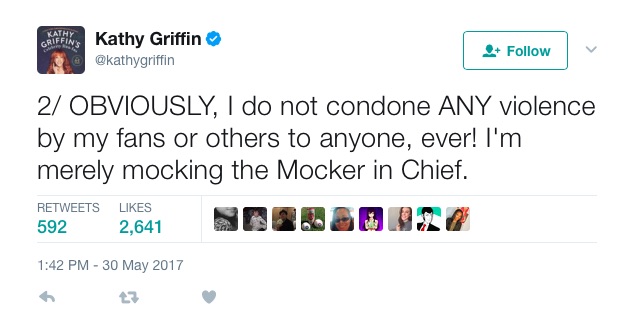