President Trump signed a waiver Thursday that delayed moving the U.S. embassy in Israel from Tel Aviv to Jerusalem. He was required to make a decision by Friday because a six-month waiver signed by President Obama was set to expire.

Trump signed the same waiver that every president has signed twice a year since 1995 when a law was passed requiring the embassy to be located in Jerusalem. It will expire in six months, when the president will be faced with the decision of moving the embassy again. 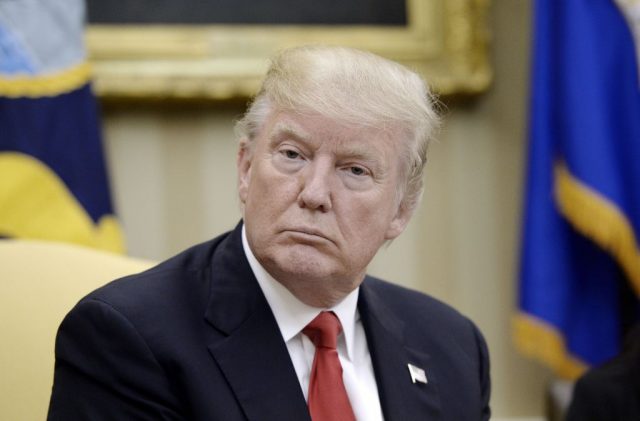 Press secretary Sean Spicer said in a statement afterwards that Trump still plans to move the embassy, but it is now a question of when.

“While President Donald J. Trump signed the waiver under the Jerusalem Embassy Act and delayed moving the U.S. Embassy in Israel from Tel Aviv to Jerusalem, no one should consider this step to be in any way a retreat from the President’s strong support for Israel and for the United States-Israel alliance,” Spicer said. “President Trump made this decision to maximize the chances of successfully negotiating a deal between Israel and the Palestinians, fulfilling his solemn obligation to defend America’s national security interests. But, as he has repeatedly stated his intention to move the embassy, the question is not if that move happens, but only when.”

On the campaign trail, Trump said he would move the embassy to Jerusalem “fairly quickly” once he was in office, but his secretary of state Rex Tillerson signaled in mid-May that he may not move the embassy yet.

“The president is being very careful to understand how such a decision would impact the peace process,” Tillerson said.