Kathy Griffin continues to lose more work after a gruesome photo of her holding a severed head of President Donald Trump surfaced earlier this week. 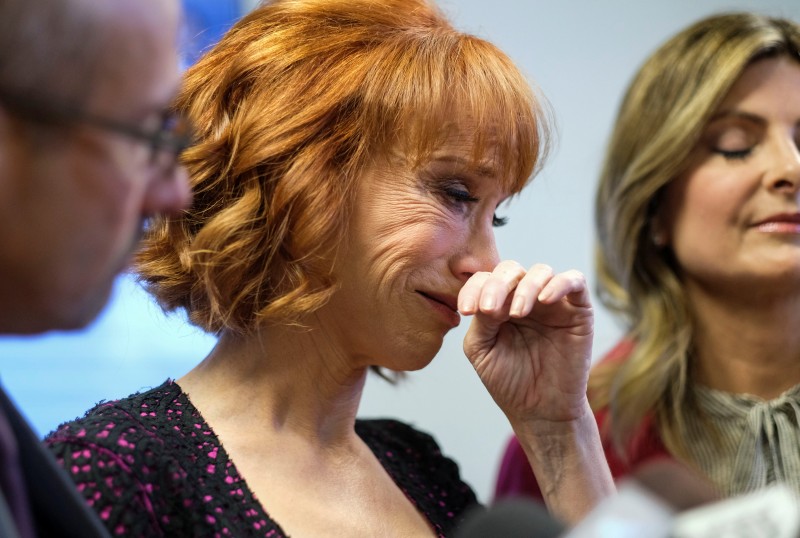 “All my jobs,” Griffin said at her press conference. “Everything…to date I think that I have had five cancellations of concerts. I think the most ironic one is a casino in Albuquerque..I’m just saying there’s some irony there.”

“Due to the recent controversy surrounding Kathy Griffin and the concern for the safety and security of our patrons and staff,” a statement read on the Community Arts Theater website in Williamsport, Pennsylvania as the reason for the show being canceled.

The comedian’s celebrity Run-In Tour gig in Staten Island in November was cancelled, along with her show at the State Theatre in New Jersey, according to another report.

“Ms. Griffin’s recent actions have severely inhibited our ability to fulfill our mission as a non-profit theatre serving the Staten Island community,” a statement on the theater’s website read.

On Thursday, Democrat Minnesota Sen. Al Franken disinvited Griffin from being part of his book tour.

“After hearing from many Minnesotans who were rightfully offended, I’ve come to the conclusion that it would be best for her not to participate in the event we had previously scheduled,” Franken said.

CNN announced on Wednesday that Griffin had been let go from the network and would not be appearing on their annual New Year’s Eve broadcast.

Hours after outrage hit social media over the gruesome shot, the comedian finally apologized and admitted she went “too far”

“I am sorry. I went too far. I was wrong,” Griffin tweeted Tuesday along with a video message.

I am sorry. I went too far. I was wrong. pic.twitter.com/LBKvqf9xFB