OTTAWA — They might not achieve one million participants, but the numbers were already building toward an anticipated 5,000 Saturday morning. As one organizer, Mike Waine put it: “I was hoping for a million but I guess this will do.” 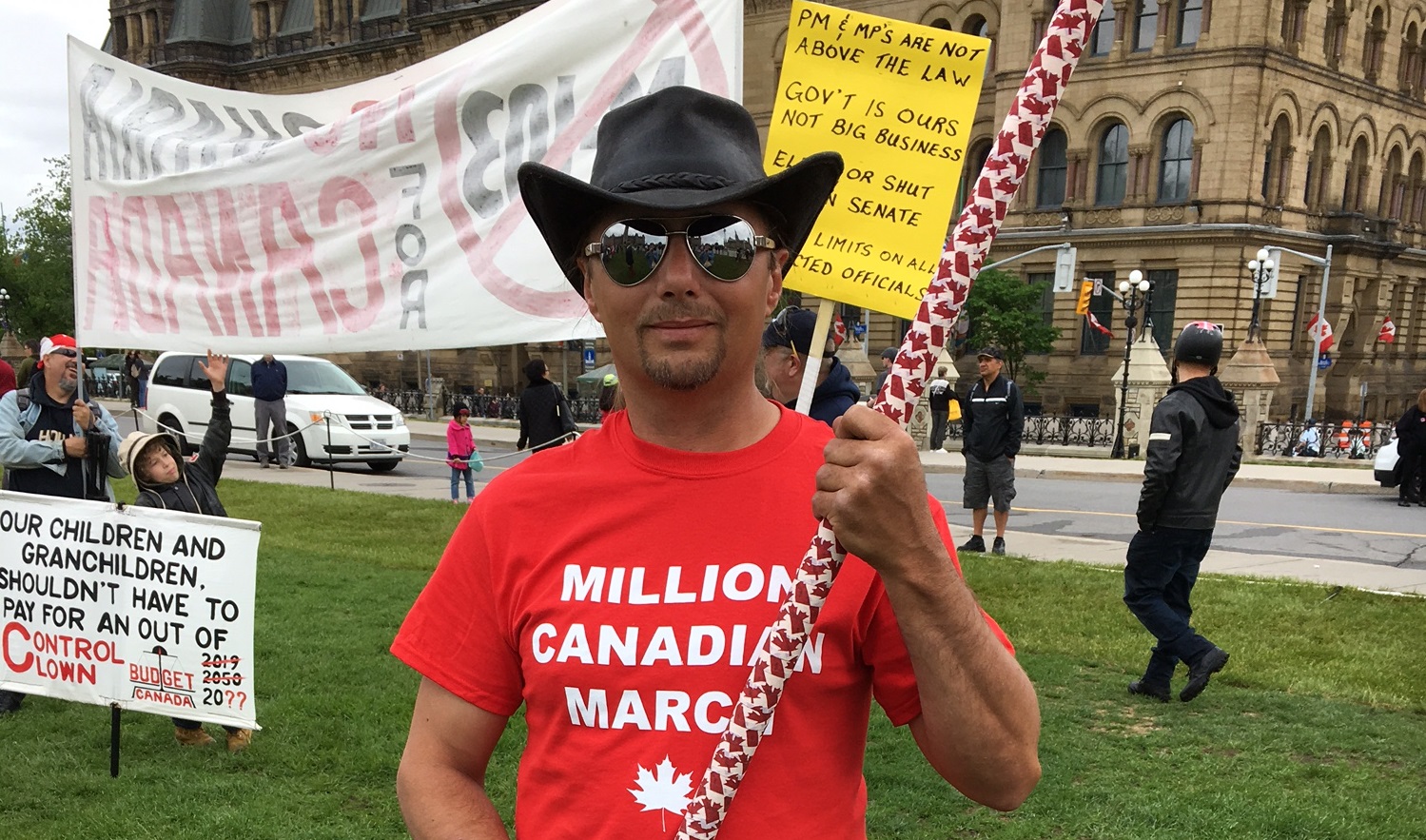 They had come to protest the Liberal government of Prime Minister Justin Trudeau in general, but they weren’t without specific grievances against a regime that they say overtaxes, overspends and is a clear and present danger to free speech. They began their march on Parliament Hill in Canada’s capital of Ottawa, and they will proceed throughout the city today.

Waine is passionate about the Million Deplorables March. He says he was inspired to lead this weekend’s event because he felt Trudeau was getting a free ride from the media and a pass from too many voters.

“Nothing was being done about this corrupt government…Trudeau stepped out-of-bounds with waving the pot leaf in front of the nose of the tokers and his nice friendly-looking smile won him the housewives. So now we’re in a situation where we have a complete moron at the helm and he’s spending more than we can afford. He’s destroying our country with carbon taxes, he’s destroying small business,” Waine told The Daily Caller Saturday.

Unlike most of the Canadian media, Waine is exultant over President Donald Trump’s decision to remove the United States from the Paris Climate Accord.

“Donald Trump’s a smart man; he knows a con when he sees one.” Waine points out that the current environmental movement was initiated in part by Maurice Strong, whom the current prime minister’s father, Pierre Trudeau, appointed as an environmental advisor to the United Nations when the elder Trudeau was leading Canada.

Waine believes the Canadian media is only telling half of the story. “Most Canadians are asleep because fake news is telling them stories that just aren’t true.”

Rod Noble is marching today to protest a motion, M-103, that was recently passed in the Canadian House of Commons that could potentially criminalize criticism of Muslims.

“We already have extensive protection for all groups and this is really special treatment and it’s part of a cookie cutter policy that is happening all across the western world…it’s part of the deliberate Islamization of the West…coordinated by George Soros and we have to stop this,” he says.

He believes M-103 could lead to the implementation of Sharia law in Canada.

The Million Canadian March wraps up Sunday afternoon with a rally on Parliament Hill.

The lede has been updated to clarify that organizers anticipated 5,000 participants.