Steve Hilton did not take the usual path to becoming a Fox News host.

Days before his new show “The Next Revolution” was slated to premier, he talked to The Daily Caller about the “positive populism” he hopes to bring to cable news. 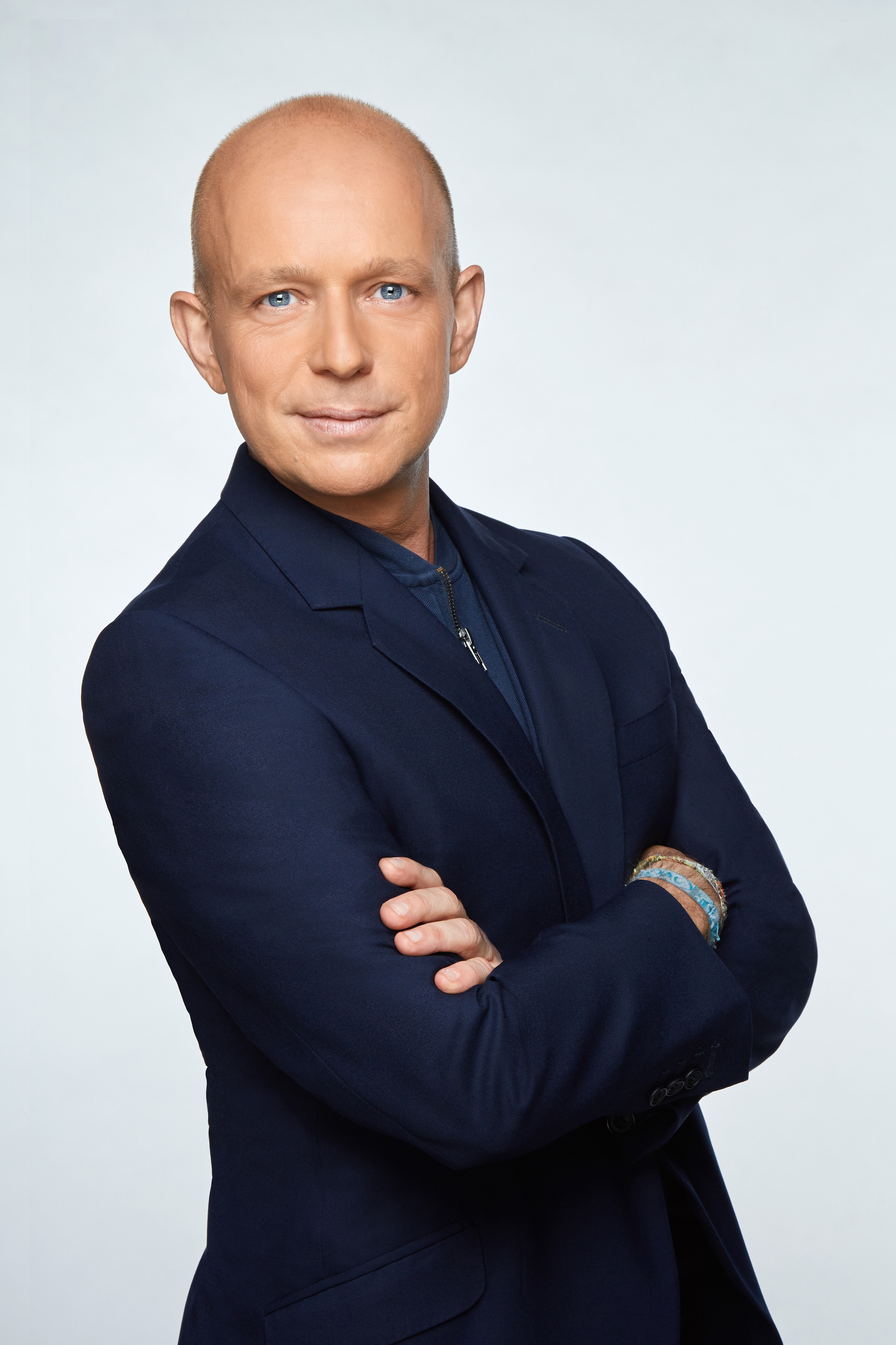 The last year has been somewhat tumultuous for Fox News. Is “TNR” an indication the network is making a concerted effort to move toward the middle?

To me, the whole conversation about left, right and middle is not the point. The point is, “how do we actually help people?”

Most people are not actually ideological. That’s not how they think of things. They just look at what goes on in government and think what are these people talking about? What are they wasting their time on? Why doesn’t anything get done? Why is it the same sort of people seem to be in charge whoever we vote for? Why is it always good for them, but my life seems to just get tougher?

It’s really not about political positioning. It’s about absolutely understanding that the real lives of our audience and setting out an agenda that will give them hope that real change will come alive.

Immigration was a driving force behind Trump’s election and the United Kingdom’s decision to withdraw from the EU. As an immigrant, how do you view the issue?

I’m very pro-immigration. I’m an immigrant twice over. My parents are Hungarian and they are immigrants to the United Kingdom, so all the opportunities in my life are thanks to immigration.

Now, obviously, I’m an immigrant into the U.S. We moved here five years ago, so I’m pro-immigration, but that doesn’t mean we should have open borders. This is where I think the debate has gone completely wrong.

The choice is being presented as either you have totally open borders and you don’t control who you welcome into the country, or you’re some kind of racist. This is completely ridiculous.

Of course you can be pro-immigration, as I am, and also pro-immigration control. Every country not only has not only the right to, but the responsibility to control its borders. I think, in fact, the support for immigration depends on controlling borders. It’s when you lose control of borders that people turn against immigration.

So if you really want to see public support for immigration, then you should be completely rejecting the open borders philosophy.

Terrorism has become a major component of the anti-immigration argument. How can you combat radicalization without putting a full halt on immigration?

I think that that’s been the problem particularly in the U.K. and in other parts of Europe, in France and elsewhere where you’ve had big problems where you’ve had citizens who are not sufficiently integrated into mainstream life of the nation.

That has contributed to the sense of isolation, and that is a breeding ground for the extremism that we’ve seen with horrific results. So I think it’s a combination of immigration and integration that we need to think about. 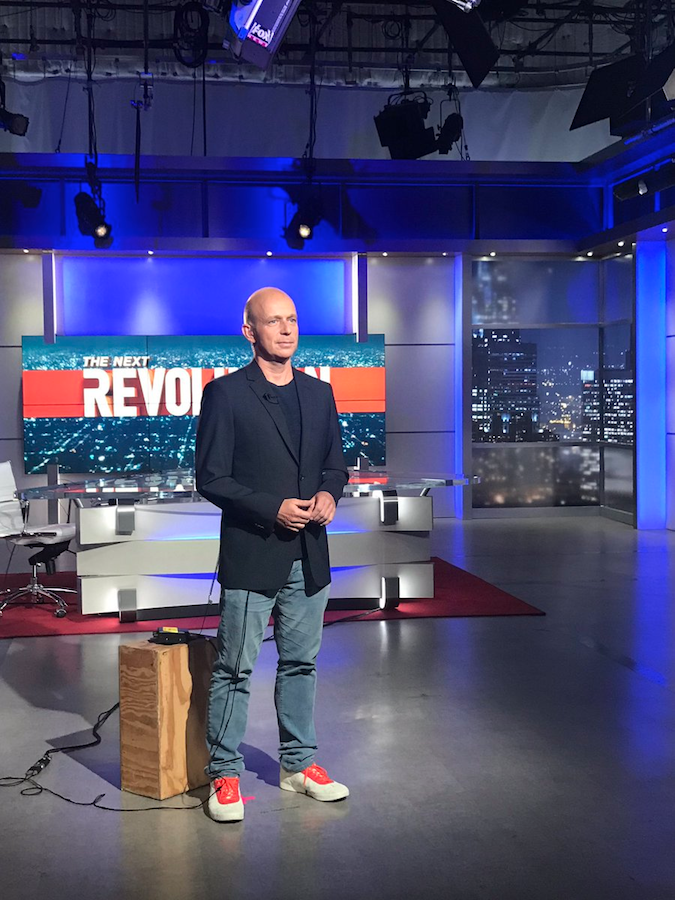 Populism accounted for the massive surge in support Marine Le Pen saw throughout her campaign. Why wasn’t there a Trump-Brexit result in the French election?

What you did see in France was a total rejection of the traditional party establishment, where the candidates from the mainstream parties were totally rejected and that was a big deal.

That itself was an expression over the same populist anger and frustration with the status quo. There’s lots of differences in how this is expressing itself in different parts of the world.

People have this incredibly strong sense that it doesn’t matter who you vote for, you get the same outcome. It’s the same people that are in charge. The bureaucrats and the big corporations and the bankers and the technocrats and they’re the ones that are running the show and really it makes no difference who you vote for because the outcome is the same, which is the rich get richer and working people get poorer.

That’s what’s been happening for decades now. It’s not just a political slogan. That’s actually what the data reveals and so the rejection of the party establishment did happen in France.

Now, I know that Macron personally would be the last person you’d describe as an outsider in the sense that he is a creature of French elite. That’s absolutely true, but why is he there? He’s there because the mainstream parties were totally rejected.

Given your experience as founder and CEO of Crowdpac, how do you think the Trump administration will affect the tech industry?

I think that the number one ting that will benefit that industry as well as all others — and it’s easy to get lost in details of news that affect this sector or that sector — but the big thing that affects all sectors is economic growth.

Economic growth has been completely anemic for so long, which I think is driving a lot of this anger, frustration, dissatisfaction, this bitterness in our political conversation. A lot of that I think is actually the fact that we just have had very, very poor economic growth for many, many years. If we can just get that back up to kind of level it was at before I think that will help all industries, including the tech industry.

There’s a different question as to the cultural values and the political sensibilities of people who work in tech, and that’s something we’re going to be talking about on the show.

On a basic level, if Trump’s economic agenda is implemented — much of which I completely support — the key components of it will absolutely help the tech industry. What he’s talking about in terms of tax reform, particularly the lower corporate rate and the lower rate for repatriating profits from abroad, that’s a huge issue for tech, so they should be in line with him on that.

The second thing there should be consensus around, not just with the Trump administration and tech but across the board, is the emphasis on infrastructure. All of the evidence shows that if you really invest in infrastructure — not just the roads and bridges and so on but Internet infrastructure, energy infrastructure — that is one of the best ways you can enhance productivity.

It’s simple things that we should be able to agree about. Cut business taxes to create jobs. Build infrastructure to improve productivity. Those two things together would help everyone.

“The Next Revolution” airs Sundays at 9:00 pm on Fox News, starting June 4.