With a single tweet Monday, Donald Trump undid the efforts of White House aides who have argued that his executive order restricting immigration from several countries is not “a travel ban.”

“People, the lawyers and the courts can call it whatever they want, but I am calling it what we need and what it is, a TRAVEL BAN!” the president tweeted.

People, the lawyers and the courts can call it whatever they want, but I am calling it what we need and what it is, a TRAVEL BAN!

The Justice Dept. should have stayed with the original Travel Ban, not the watered down, politically correct version they submitted to S.C.

His tweets contradict what White House staffers have maintained for months — that the executive order is not a ban. 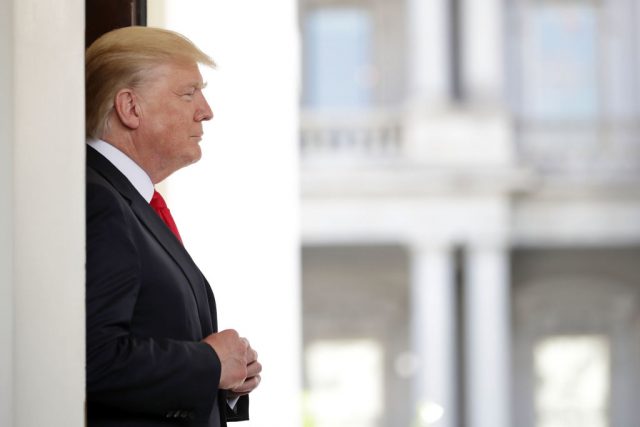 “It’s not a travel ban,” Press Secretary Sean Spicer said at the end of January. “I think you heard Secretary Kelly — I apologize, I just want to make sure I get this straight. I think Secretary Kelly or one of the other individuals that got up there from DHS mentioned I think a million people have now come into this country. That’s not a ban…A ban would mean people can’t get in.”

“When we use words like ‘travel ban,’ that misrepresents what it is,” Spicer added. “He’s also made very clear that this is not a Muslim ban. It’s not a travel ban.” 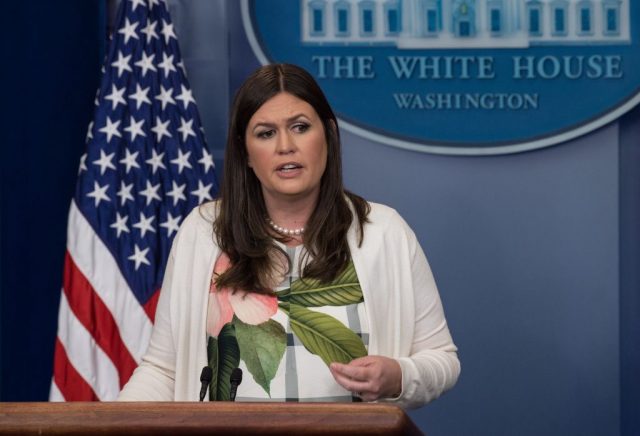 Sarah Huckabee Sanders, who serves as the deputy press secretary, justified this inconsistency during briefing Monday by saying Trump doesn’t care what anyone calls it.

“The president is very focused on exactly what that order spells out, and that’s protecting Americans, protecting national security, and he has the constitutional authority to do that through that executive order,” she continued.

“I think the president isn’t concerned with what you call it,” she said. “He’s concerned with national security and protecting people in this country.”

George Conway, who is married to Trump’s counselor Kellyanne Conway and was at one point a contender for a position in the Department of Justice, disagreed.

He quoted the president’s remark and said: “These tweets may make some ppl feel better, but they certainly won’t help OSG get 5 votes in SCOTUS, which is what actually matters. Sad.”

These tweets may make some ppl feel better, but they certainly won’t help OSG get 5 votes in SCOTUS, which is what actually matters. Sad. https://t.co/zVhcyfm8Hr

Conway later clarified his tweets, but maintained that “every sensible lawyer” would agree with him.

1) Just to be clear, and in response to inquiries, I still VERY, VERY STRONGLY support POTUS, his Admin, policies, the executive order …

2) … and of course, my wonderful wife. Which is why I said what I said this morning. Every sensible lawyer in WHCO and every political …

3) … appointee at DOJ wd agree with me (as some have already told me). The pt cannot be stressed enough that tweets on legal matters …

4) … seriously undermine Admin agenda and POTUS–and those who support him, as I do, need to reinforce that pt and not be shy about it.