Speaking at a year-end news conference in December, Obama told the public that Russian interference in the election ceased after he told Russian President Vladimir Putin to “cut it out” in early September. Russia’s cyberattacks stopped after warnings of “serious consequences” if they continued, Obama said. 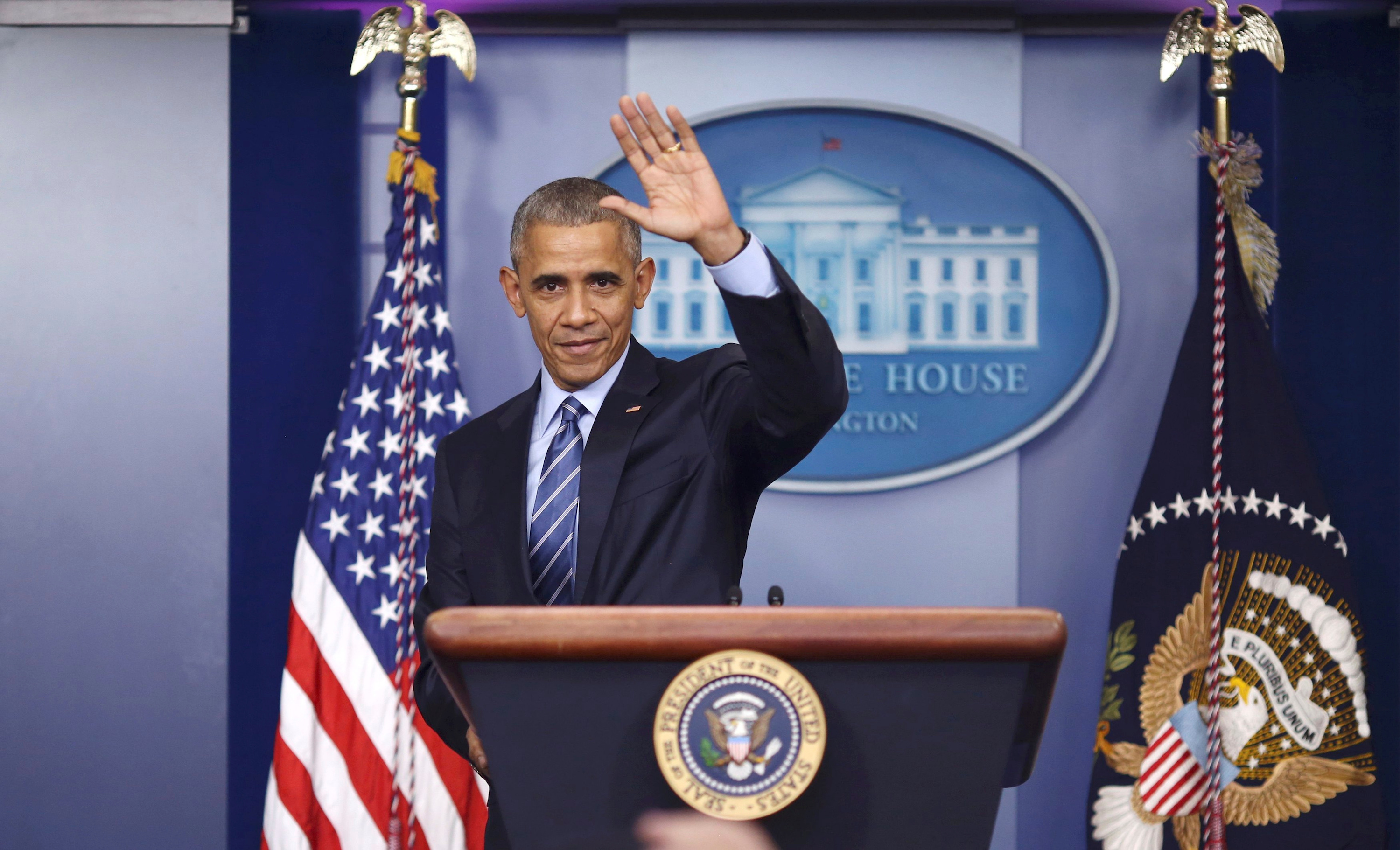 U.S. President Barack Obama waves as he leaves the podium after speaking to journalists during his last news conference of the year at the White House in Washington, U.S., December 16, 2016. REUTERS/Carlos Barria

“What I was concerned about in particular was making sure [the DNC hack] wasn’t compounded by potential hacking that could hamper vote counting, affect the actual election process itself,” Obama said. “So in early September when I saw President Putin in China, I felt that the most effective way to ensure that that didn’t happen was to talk to him directly and tell him to cut it out and there were going to be serious consequences if he didn’t. And in fact we did not see further tampering of the election process.”

“But the leaks through WikiLeaks had already occurred,” Obama said, indicating that any further election interference was the result of emails released by WikiLeaks in the days and weeks leading up to the election.

“The president made it sound like that worked,” The New York Times reported at the time, noting Obama’s claim that “we did not see further tampering of the election process.”

But NSA documents published by The Intercept on Monday revealed that as late as October 31 or November 1, hackers launched an election-related spearfishing operation “targeting U.S. local government organizations.”

In other words, Russia was still tampering with the American electoral process after Obama said they ceased doing so. The documents’ authenticity has been confirmed by U.S. officials, and the U.S. Department of Justice charged on Monday the woman who leaked the Top Secret documents to The Intercept.

“The NSA assessed that this phase of the spear-fishing operation was likely launched on either October 31 or November 1 and sent spear-fishing emails to 122 email addresses ‘associated with named local government organizations,’ probably to officials ‘involved in the management of voter registration systems,'” The Intercept reported.

The leaked documents reveal that two other election-related hacking efforts were launched in October — one month after Putin supposedly “cut it out.”

The success of the hacking operations is unclear, but their existence appears to directly contradict Obama’s claim that his warning to Putin resulted in no further election-related meddling. Furthermore, the leaks indicate that Russia went after the exact target — voting processes — that Obama supposedly stopped them from targeting.

Obama’s claim that he pressured Putin into ceasing tampering with the American electoral process came amid criticisms that his softness on Russia was to blame in part for the nation’s meddling in the election.

It was only after Donald Trump’s electoral victory that Obama levied sanctions against the Russians. President Trump is expected to uphold those sanctions.

One month after his inauguration, President Trump questioned whether Obama was “too soft on Russia.”

Lisa Monaco, one of Obama’s top national security advisers, previously told Politico that the Obama administration sought to downplay Russian interference before the election in order to not further Russia’s goal of undermining confidence in the election just before it was supposed to take place.

“Our focus was really to make sure that the election process was not undermined, because here’s the thing: Whatever else was a subject of debate about motive, we knew, and everyone agreed, that one of the goals that Russia had in all of this was to undermine confidence in our democratic process, to sow discord, to sow confusion,” Monaco said.

But that would not explain why Obama appears to have given misleading statements to the public in December — after the election took place.

Despite Obama’s reassurances that Russia’s best efforts were not enough to alter actual vote totals, recent polling has shown that a majority of Democratic voters don’t believe him. A startling 58 percent of Democratic voters believe Russia actually tampered with vote totals in order to get Trump elected — an outlandish conspiracy theory that remains unsupported by evidence. (RELATED: 58 Percent Of Dems Think Russia Rigged Vote Count To Get Trump Elected)