ProTrump45 Contributor
June 05, 2017 12:40 PM ET
Font Size:
Publisher’s note: The advertiser story below might be completely fake, but their deals are 100% real! Get your Trump swag while you can!

Nicole Mincey is an African American female from Camden, NJ. She grew up in poverty and during this time her mother taught her the importance of hard work and self-responsibility. Her mother was a strong woman and a hardline conservative. Through hard work Nicole is now a college student and owner of ProTrump45, a pro-Trump empire.

Nicole, despite being raised by a conservative family, grew up liberal and once was a big fan of Democrats and former President Barack Obama. However during the 2016 election she listened to Donald Trump promise lower taxes and more opportunities for Americans before illegal immigrants and refugees. Looking at the mere statistics, Obama did not do a good job for African Americans. For example black income fell 18 percent and black homeownership fell 3 percent, along with a staggering 4 million MORE black people on food stamps than when Obama started. These facts, accompanied by listening to then-candidate Donald J. Trump, convinced Nicole that she should move away from the Democrats and vote Republican. So on November 8, 2016, she became one of 2.6 million African Americans to vote for Donald Trump.

She began her Twitter account and began voicing her pro-Trump and Republican conservative opinions. Her thoughts spread like wildfire since, as a black woman, she was an unusual sight among Republicans. She grew in popularity pretty quickly and decided to begin a pro-Trump store. She sells pro-Trump shirts, hoodies, flags and hats. And to top it off everything in this minority-run pro-Trump store is made in the USA. Nicole and her store are growing at a more popular rate. She has demonstrated extreme bravery for being a voice of black conservatism. Although she experiences a lot of liberal racism, she has persevered and continues to demonstrate grit and entrepreneurship.

Nicole goes above and beyond to reveal liberal lies and liberal hypocrisy. She even has a conservative Republican blog where she exposes fake media, liberal racism and the Democrats’ corruption. Some of her most popular works are “Trump’s Legendary Budget” and “Merkel SUCKS!! Leftist Policies don’t work.” She dedicates herself to exposing the failures of the Democratic Party and liberalism.

ProTrump45 and Nicole are beautiful representations of black Republicans and overall minority conservatives. She steps outside of the liberal narrative that every Trump supporter is an old angry white man. Trump supporters are all races, come from all backgrounds, whether urban or countryside, rich or poor. Trump pulled voters from all walks of American life, and Nicole helps liberals understand that. Nicole is a heartwarming reminder of how big the minority Republican movement really is. This black Trump supporter goes above and beyond to reveal the hypocrisy of liberals and help Trump supporters all across America show their pride. 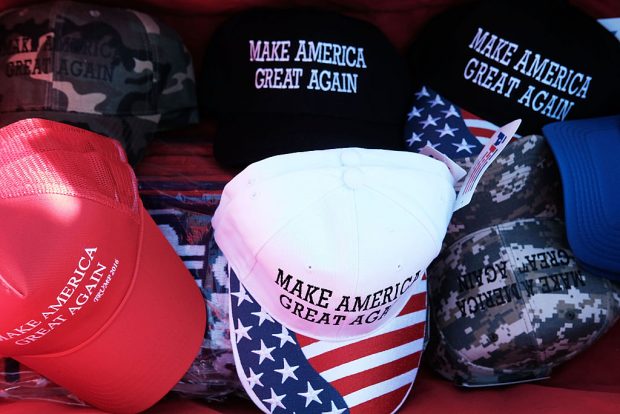