Before the Islamic State was even able to take credit for Saturday’s terror attack in London, its supporters took to cyberspace praising the attacks and calling for Christians to surrender.

The religious overtones in the responses to the attack were stark, according to a report by the Middle East Media Research Institute. Much of the support came over pro-ISIS channels on Telegram, a messaging app used as a forum for the group and its followers. One supporter called for “worshippers (sic) of the Cross” to submit to the caliphate.

“The only solution for you is to pay the jizya willingly while subdued,” said an ISIS supporter known as Bayzid Dogandemir. “If you do not pay the jizya, you will spend billions of dollars in security expenses and for failing intelligence agencies, which are unable to stop the attacks of the State of the Islamic Caliphate.”

The jizya is a yearly tax that certain non-Muslim subjects would pay to historical Islamic empires.

Another supporter, posting to the “I Am Yemeni and Proud of My Islam” channel, claimed there were “dark days” ahead for the “Crusaders.”

“You now see your days turning dark and full of fear and terror. You can expect the future to be darker still, with Allah’s help … Rest assured that, just as you burn our children, we will light a fire under your feet and roast your rotten flesh, with the help of Allah the Almighty,” said the poster.

The user said ISIS “roared” during the terror attacks in Belgium, France and Germany, and noted “now here we are in London.”

“So expect worse to come,” the user said. “We shall fill your hearts with fear and terror by means of ramming attacks and beheadings.”

Many supporters shared an image from the third issue Rumiyah (Arabic for “Rome”), an ISIS propaganda magazine, which called for followers to use vehicles to ram innocent bystanders at various events. The issue, released in November, gave a step-by-step guide on how to engage in vehicle attacks. 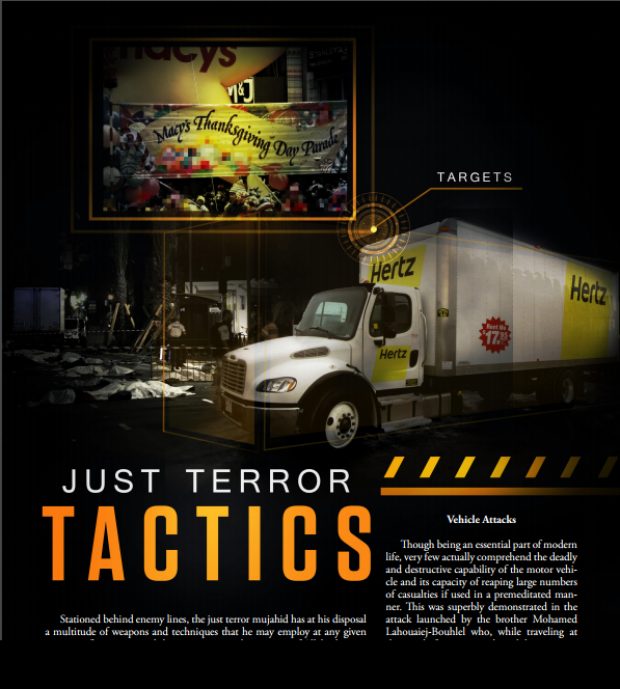 ISIS supporters’ use of religious terminology in reference to the West is common. The group itself engaged in an attempted genocide against Christians living in Iraq and Syria. Most recently, ISIS loyalists in the Philippines video taped their assault a Catholic church, smashing the icons and setting the building alight.