More than 60 women have spoke out about being sexually assaulted by ‘America’s Father’ with allegations dating back to the 1960’s, but it’s Constand’s story that spearheads the case. Constand testified on stand for four hours, where she delivered a tearful yet poised account of the long history she and Cosby share.

The two met in 2001 at a Temple University women’s basketball game. Constand, the director of operations for the team, and Cosby, a Temple alum, struck a close friendship.

Constand said Cosby made sexual advances on her twice before he gave her pills to relax her and assaulted her at his home 13 years ago. She told the court she never felt “threatened” by Cosby’s suggestive behavior, warning him, “I’m not here for that. I don’t want that.”

Out of fear of betraying someone she and all of America admired, Constand waited a year to report the assault. “He was a trustee, he was an alumni there,” she said. “And I believed he supported many of the athletic programs.”

Prosecutors and defense attorneys have battled back and forth, arguing whether Constand and Cosby had a romantic relationship, which would negate her claims of an assault. If convicted, Cosby could face up to 10 years in prison.

On Wednesday, Constand returned to the witness stand along with experts on drugs and the behavior of sexual assault victims, reported The New York Times.

The Mirror took to the streets in D.C. to ask complete strangers what they expect the outcome of the trial will be and how Cosby’s celeb status will factor into the justice process.

Visiting from Rhode Island, a middle-aged woman named Sarah was on the fence. “He sounds pretty guilty, but never underestimate the power of celebrity. I think this is America and it tends to save people.”

Justin, a young man from Chicago, agreed. “He probably won’t be found guilty, but I think he did it. I heard they are discounting the other women. People are inclined to disbelieve when it comes to celebrities.” 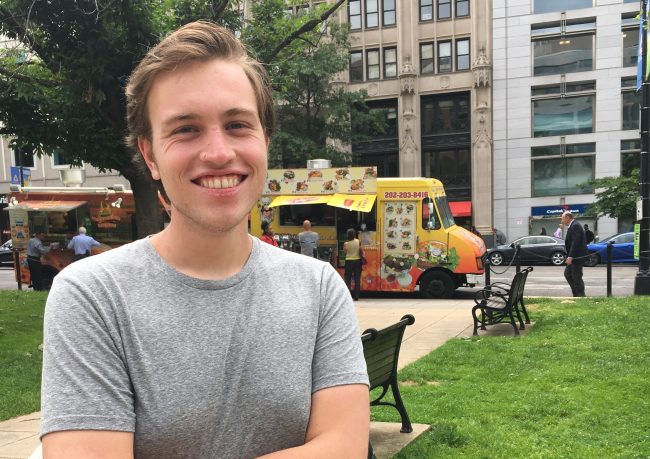 A man from Tennessee who asked to remain anonymous noted that Cosby’s name may draw more attention to the case, but “it can’t change the facts.”

In between bites of his Subway sandwich, a man named Valerie, who emigrated from Chad, reminded me of why the U.S. is called ‘the Land of Opportunity.’ “It’s hard to separate Bill Cosby from his celebrity so it will have some effect, but I trust the American judicial system as we all should.”

A noteworthy point raised in my quest for answers is that only two jurors are African-American.

There was 20-year-old Maggie from Philadelphia who said she’d “prefer if the jury were more racially diverse.”

Pierro, who moved to D.C. a month ago from Peru, countered and said, “I don’t think the jury makeup will play a huge role into it.” 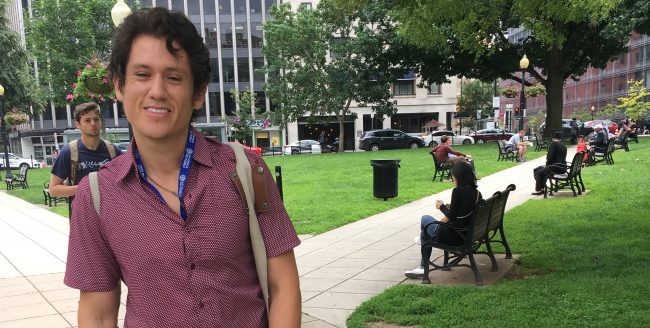 “I don’t think the jurors matter. It’s not like the O.J. Simpson case where race played a major factor,” Justin (from Chicago) added.

Sounds like the people of D.C. have reached a verdict and I’m on board: Guilty.

For more background on the case, read here.