The reason? The newspaper featured her show in its crossword puzzle.

Veep Executive Producer David Mandel is also pleased as punch about this development.

Will Shortz is the NYT crossword editor.

Louis-Dreyfus has made no bones about the fact that she’s a Democrat. When the NYT interviewed her in a lengthy Q & A last year, reporter Dave Itzkoff asked, “Have you decided which presidential candidate you’re supporting in 2016?”

She replied, “Whoever the Democrat is. Period. End of story.”

She also said she’d never run for office “in a million years.” 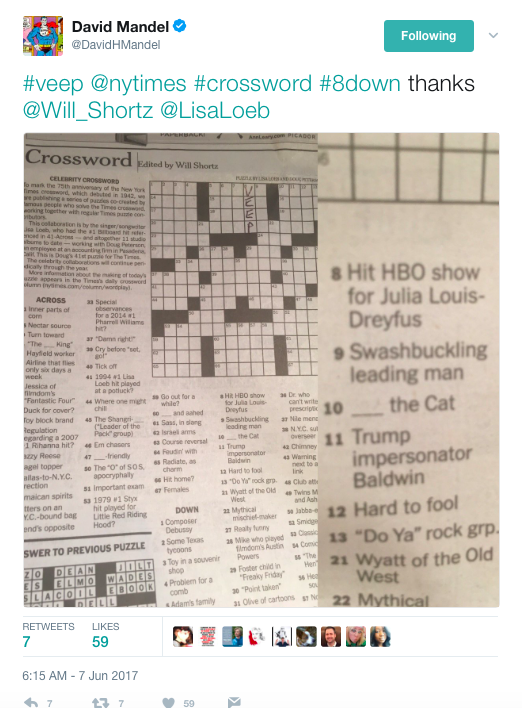