Today The Mirror unveils a brand new feature: The Mirror Top 10. It’ll be a quick snapshot of human beings involved in the world of media, politics or entertainment. We’re not too picky — the subjects will range from nobodies to somebodies and everything in between.

But one person who will absolutely never be featured here is ex-Secret Service agent Dan Bongino, who ran for the House and Senate three times and lost three times. He also verbally exploded on a Politico reporter last year. He has a podcast and somehow thinks he’s important — and he is, but only in his own mind.

If you have a suggestion of someone you’d like to see featured and the person’s name is not Dan Bongino, write me at Betsy@DailyCaller.com.

Without further delay, our first guinea pig is Mike Cernovich. Whenever I hear him discussed — either in my newsroom or in the hallways on Capitol Hill — his name is simply “Cernovich.” In this interview, he went rogue and named three people he’d vote off the island instead of just one. He also heaped on the praise for The Daily Caller. Although I appreciate the sentiments, this has been edited to remove gratuitous compliments, especially those for one of my editors Scott Greer and my coworker Alex Pfeiffer.

Born in the small town of Kewane, Ill, Cernovich came onto the scene during the 2016 presidential election. He cultivated much of his following through Twitter and Periscope videos. He is infamous for sort of pushing #Pizzagate, the scandal involving Comet Pizza in Washington, D.C. The conspiracy was that the eatery was somehow running a child pedophile ring. He insists he did not promote it. “The fake news media is falsely claiming that the #Pizzagate story belongs to me,” he wrote. “This is simply untrue.”

In April, 2016, he divulged that he got a sweet deal in his divorce — he tweeted that his ex-wife pays him $50K a month in alimony. “I buy hookers and blow,” he wrote. “What’s to be sad about?” Of course, he was joking. In a post, he explained, “Truth doesn’t matter to haters. Give them something to talk about.”

I spoke with Cernovich by phone Friday. Asked in if he really gets alimony from his ex-wife, he laughed and said, “No.” He explained that his whole point was to troll the public. “There’s no point in arguing with these people. They’re going to believe crazy shit anyway.”

How did his fame develop? “I started off small, writing about things I find interesting,” he told me. “As more people found it interesting I wrote about other things. I never even cared about politics until Trump ran, and then I was writing about something that the whole world was enthralled with. Mainly it was developed because I put myself out there and I wasn’t afraid to push boundaries. People needed that.”

Cernovich thinks National Review is made up of a “bunch of dorks.” He added, “No one wants to be like Jonah Goldberg or Rich Lowry.” But he also thinks WaPo is a joke. “Watching makeup videos would be more useful,” he says.

At the moment he’s working on a documentary on fake news and media hoaxes. “That’ll actually ramp things up to another level,” he said.

Does he want to meet President Trump?

“Not particularly,” he said.

“I’ve met a lot of celebrities in my day,” he said. “So for me, it’s like oh great, I met this person, but it was just some boring conversation. I’m much more interested in having interesting conversations with people than checking the box. I’m not interested in the same bullshit.”

He says he also never met Trump advisor Steve Bannon either — despite the fact that people assume that’s where he gets his intel.

Cernovich says he tries to avoid Washington as much as possible, but lately he has been visiting once or twice a month. “Everything is who are you and are you important enough for me to talk to,” he said. “I don’t like that vibe.” 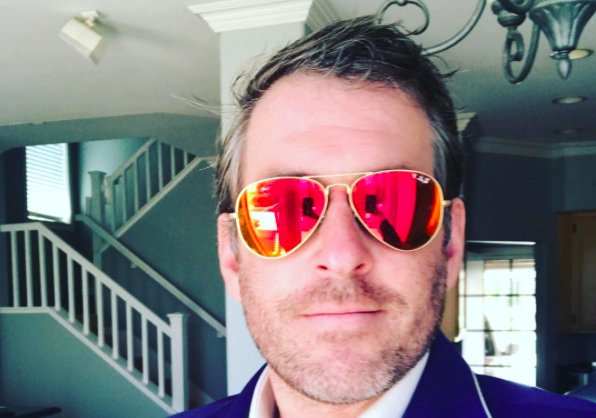 Job: Author, filmmaker, lawyer and journalist. People who hate me call me a Twitter troll, which is laughable given my extensive body of work, which you can find on Amazon in the form of books like Gorilla Mindset and my documentary on free speech, Silenced.

Location: Orange County, California. He doesn’t want to give the exact city because he says has too many creepy stalkers in his life.

The last restaurant on my credit card: Salt Creek Grille in Dana Point, Calif. Order the Iron Skillet Cornbread for an appetizer and the Chilean Sea Bass for dinner.

Name one Washington figure or journalist you’d vote off the island: Johnny DeStefano, Brian Hook, and Margaret Peterlin are doing the most immediate damage to the Trump administration. DeStefano’s last job was driving ex-House Speaker John Boehner (R-Ohio) to his spray tan appointments. Now he is squeezing out Trump loyalists in favor of NeverTrumpers. Brian Hook and Margaret Peterlin went behind Trump’s back to reinstate the influx of “refugees” coming in from terrorist-sponsored nations.

Tap, still or sparkling: Borjomi mineral water after visiting Russian & Turkish Baths in New York. At home we drink alkaline water, which we buy in 5 gallon jugs at a hippy store. At restaurants, sparking is required.

Beauty product I refuse to live without: Hyralonic acid serum with Vitamin C, E, and B.

Where you’ll find me at least once a week: Korean spa doing cold water immersion therapy and Wim Hof breathing before stretching in the detoxifying far infrared saunas. I may go there today, hopefully no one tries to re-create the fight scene from Eastern Promises.

Trump kids ranked: Worst to Best… Ivanka is bronze, Eric is silver, Don Jr. is gold. Don Jr. is the truth. It’s impossible to overstate how great Don Jr. is. The other two kids are civilians in my view, although the fake news media has already begun attacking them in ways they never would have attacked Obama’s daughters. It’s almost as if there’s a media double standard!

What I’m complaining about…The fake news media, sabotage within the Trump administration, and the failure of Trump’s communication team to realize the power of social media and content creation.

What I’m hate watching…Netflix is a pro-SJW business, so it pains me to give them $8 a month. Liberals who accept the global warming hoax offset their environmental damage with carbon offset credits. Likewise, every dollar I spend on the enemy’s businesses has to be offset by funding the resistance – and it’s laughable that people who say exactly what Hollywood, big business, Wall Street, tech, and the fake news media allow them to say try stealing our brand by calling themselves “The Resistance.” MAGA is the resistance!

One thing about me that might surprise you…Although I’m great at political commentary and journalism, it’s not my passion. Gorilla Mindset is. However, “conservative media” has utterly failed the nation. Just as Trump said on Oprah two decades ago, that he’d only run if things got really bad, I had to enter the media world because of the fecklessness of conservative media. They tried so hard to be loved by the left. They sold out. They will betray “friends” to see their byline at a fake news publication like WaPo or NYT.

The right needs more People Magazine-style columns, as the left works hard to create caricatures of the right. A Peter Duke style Variety Magazine or Hollywood Reporter for the right would do more to advance our America First policy goals than the entire Think Tank establishment combined. My hope is that the deep-but-young talent pool at Daily Caller will make me irrelevant in a year or two, and then I’ll finish my sequel to Gorilla Mindset. I also want to write a great American novel, and expect to begin working on that as I approach the next decade of life.

Correction: I thought Bongino was only a two-time loser in his quest to obtain a seat in the House and Senate. He has actually lost three times. I regret the error.