“Despite so many false statements and lies, total and complete vindication…and WOW, Comey is a leaker!”

Despite so many false statements and lies, total and complete vindication…and WOW, Comey is a leaker! 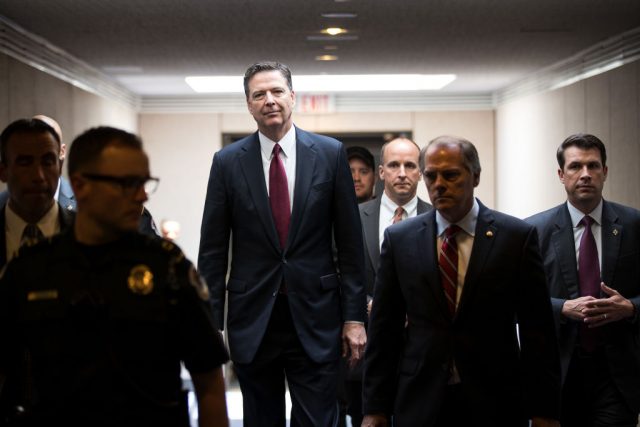 In his tweet, Trump echoed the statement put out by his outside counsel Marc Kasowitz shortly after Comey testified Thursday.

Kasowtiz said Trump felt vindicated because Comey confirmed that he told him he was not under investigation, but denied large portions of his testimony, including that Trump asked him for a loyalty pledge and suggested Comey ‘let Flynn go.'” (RELATED: Trump’s Outside Counsel Denies That He Asked Comey To Stop Investigating Flynn)

Trump, who reportedly only watched 45 minutes of the three-hour briefing, did not tweet or comment as Comey testified before the Senate Intelligence Committee.